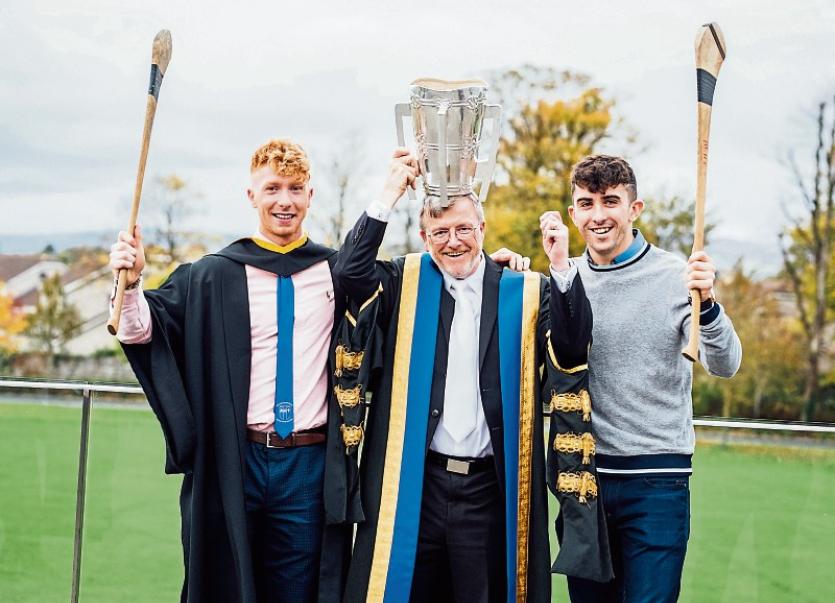 THE LIAM MacCarthy Cup was guest of honour this Thursday at Mary Immaculate College as conferring ceremonies get underway at the college.

Almost 2,000 MIC students from 30 counties are set to graduate in ceremonies taking place over the next three days.

Limerick hurling heroes Aaron Gillane and Cian Lynch, who graduated this Thursday with BA in Geography and Theology and Religious Studies, were both presented awards for their outstanding sporting achievements.

Limerick woman and hockey star Roisin Upton is also set to be honoured at this year’s conferring ceremony, with an award in recognition of her achievements representing Ireland in the 2018 Hockey World Cup.

Another proud Limerick lady is Kelly Ryan from Lisnagry who will be the recipient of no less than four awards from MIC as she graduates, including the College Gold Medal for achieving first place in the B Ed in Education and Psychology programme.