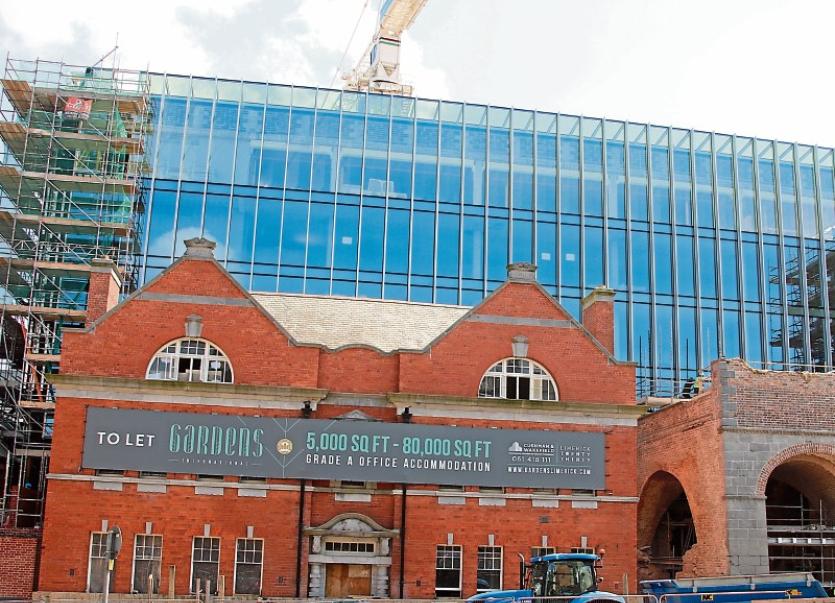 THE first tenant at Limerick's Gardens International development has received a boost with a Singaporean investment fund taking a key stake.

Aircraft leasing firm Nordic Aviation Capital (NAC) will move from its current premises at Henry Street across the road to the multi-million euro development when it opens early next year.

And this week, the firm confirmed that GIC, a leading long-term global investor, with substantial aircraft leasing experience, is to become a significant minority investor in NAC.

GIC’s last big deal here was when the firm bought a 16% stake in telecommunications firm Eir, which it subsequently told to French entrepreneur Xavier Niel.

NAC is the world’s largest regional aircraft leasing company, with the firm having a fleet of 468 aircraft and a total asset base of $8bn.

Jim Murphy, the chief commercial officer at NAC said: “The announcement is significant in further driving our ambitious growth strategy.

“We continue to secure and complete transactions with some of the world’s major airlines, consolidating our position as one of the largest aircraft leasing firms globally.”

The tie-up will, Mr Murphy said, allow NAC to cement its growth even further, “given their significant aviation leasing experience”.

“With the investment from GIC, NAC will be able to further enhance its growth journey by cementing its market position as the world’s largest regional aircraft lessor,” he added.

“NAC has a strong track record of growth and market leadership in a segment with secular growth drivers,” said Choo Yong Cheen, chief investment officer of private equity at GIC.

“As a long-term investor, we look forward to partnering with Martin Møller and EQT and supporting the future growth of the company,” he added.