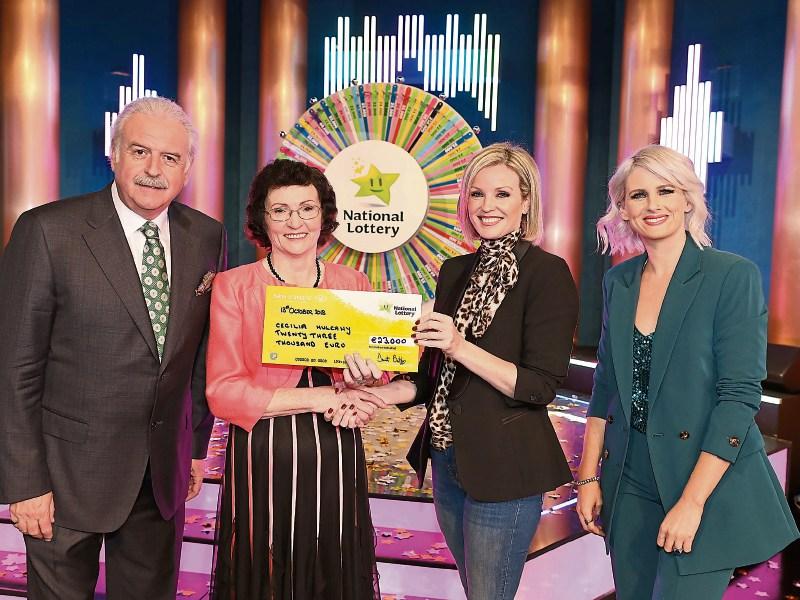 A LIMERICK woman is continuing an amazing Winning Streak after appearing for a second time on a National Lottery show.

Cecilia Mulcahy from Abbeyfeale won €23,000 on the popular Winning Streak gameshow last Saturday, 15 years after winning €10,000 on another National Lottery gameshow on RTÉ One.

The Limerick woman said she “couldn’t believe it” when she was selected to appear on Winning Streak last Saturday – and to add €23,000 to her bounty.

Her success was music to the ears of Cecilia, the matriarch figure behind the popular Irish traditional music group, The Mulcahy Family, who are no strangers to appearing on television.

The group is made up of Cecilia’s husband, Michael, and their two daughters, Michelle and Louise.

Meanwhile, Limerick’s Winning Streak isn’t over yet as Adare man Patrick Comer’s name was pulled out to appear on next week’s show.

As ever one of the lucky five players will get the chance to spin the wheel and win up to €500,000. Nearly 30 cent in every €1 spent on National Lottery games go back to Good Causes in the areas of sport, youth, health, welfare, education, arts and heritage.