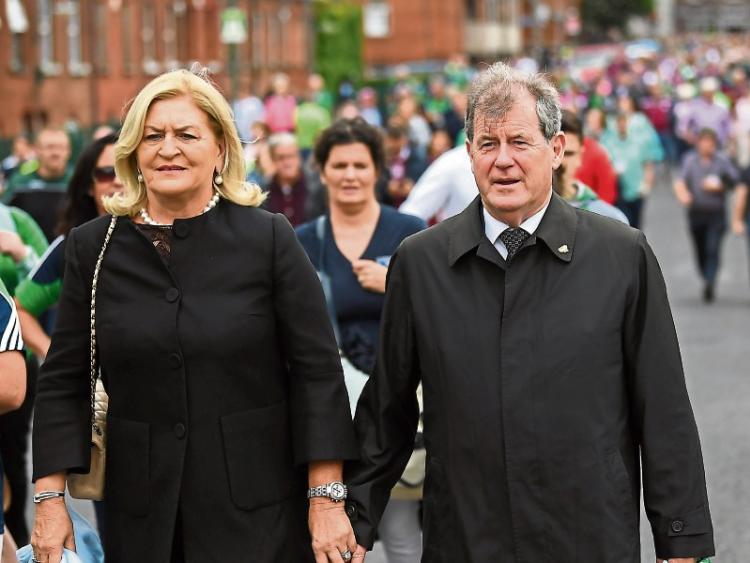 The JP McManus Charitable Foundation was established in 2001. His wife Noreen, left, is one of the directors Picture: Sportsfile

DONATIONS paid out by the JP McManus Charitable Foundation increased by almost 30% last year compared to the previous year, new figures have revealed.

The charity, which was established in 2001, is run by Mr McManus’s wife, Noreen McManus, and his daughter, Sue-Ann Foley.

The other directors are listed as Declan Moylan, Gerard Boland, and Mark Power.

“The company had an active year during 2017 when submissions from charitable organisations were considered by the board,” state the directors in the annual report.

According to the accounts,, total income and endowments in 2017 amounted to €5.24 million including donations totalling €4.55 million.

The company said the donations were received from a beneficial shareholder of a company that is connected to “some of the directors”. As such, it was considered to be a related party transaction.

The company, which is exempt from income tax, corporation tax, capital gains tax and deposit interest retention tax (dirt), had total funds of €51.3 million at the end of the year, which was up from €47.8 at the end of 2016.

The company lists a wide range of “principal activities” in its annual report.

These include: providing relief from poverty and deprivation caused by poor housing conditions, homelessness or other social and economic circumstances; to promote and undertake the treatment, training, education and rehabilitation of person suffering from disabilities; to provide care and comfort for the terminally ill; the support the implementation of drugs and substance abuse prevention programmes and to assist and support any initiative designed to implement a community based response to enterprise and john creation.