LimBrick city: Constructing an all-inclusive world of Lego at convention 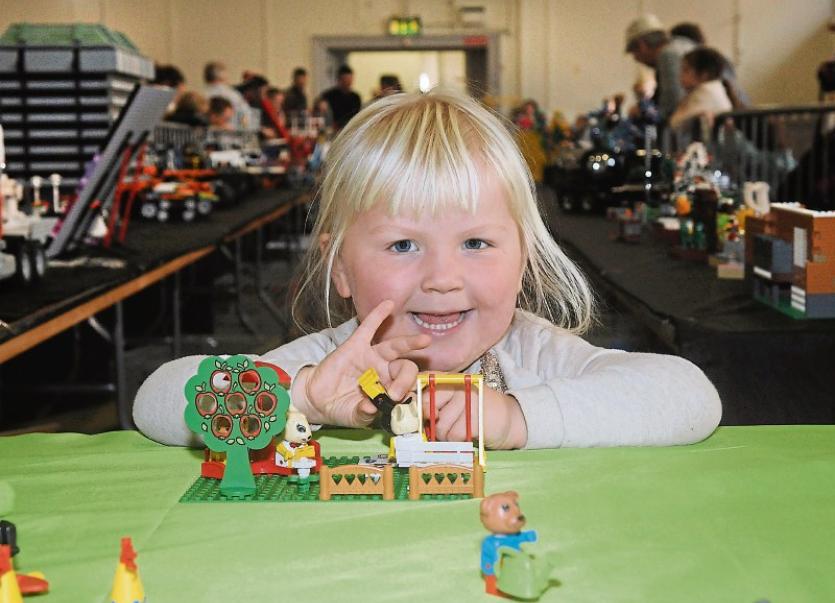 KIDS young and old and those young at heart enjoy the LimBrick Lego convention, as Fintan Walsh discovers

IN THIS metropolis, a train bullets between buildings, routinely circling around a colourful community of residents clamped to the ground.

Not far from this city scenery, gargantuan flowers bloom across from a medieval castle covered in oversized tarantulas.

Next to this edifice floats a pirate ship anchored at its berth, opportunistically positioned, one could say, as a titanic Guinness truck is parked across the waters.

And in case any of the residents are looking for an intraterrestrial adventure, a number of Millennium Falcons, in all shapes and colours, are docked nearby and ready for lift-off.

And as the train continues to therapeutically slide around the track, the rest of this Earth stands still, watched by hundreds of little giants who want to build onto this plastic world.

All of this was witnessed at the LimBrick City Lego convention at St John’s Pavillion, Mulgrave Street, which took place last week.

Hundreds of parents brought their children (or the other way round) to the community hall to experience the world of Lego—an excuse to show off their construction skills to the other kids on the block.

Adjacent to this massive Lego city, a playroom was filled with scores of children, building towers, buildings, people and even the Great Wall of China.

Flynn Kelly was building the latter. His mum Emma, from Dooradoyle, said he “doesn’t play with much else.

“It’s the first thing that he will do on a Saturday morning, you will hear the Lego going. He would start playing for an hour.”

Keith Kerley, from Rhebogue, was helping his daughter Daisey build a Lego tower. He admits, though, that he is a bit of a fan himself.

“They all love Lego. It’s brilliant. Even the Millennium Falcon one out there, I might take that away myself!” he laughed.

Pawel Tyloch, from Raheen, brought his two sons Janek and Eryk, who have been manning a Lego stand for an hour or so. He told the Leader that they are all Lego mad.

“They love Lego. We have tonnes of Lego at home. I think it’s the freedom of creating new stuff. You can get a set, and out of that set, you can create so many other things. Whatever your imagination allows you to do, you can create it.

“So you can go whatever way you want. And if you buy another few bricks, you can expand on that, and you can build more and more and more. Until your house turns into a Lego cave!” he enthused.

Young David Bond, from Corbally, was admiring a roller coaster Lego set. But while his eye was on a number of ambitious builds here, his mind was on his own project at home.

“The best thing I ever made was this Lego machine from Star Wars. It’s a Star Trooper thing and I just need to do a few designs on it.”

One of the organisers behind the event, David Heffernan said that the event was already “much bigger and better” than their previous event in May last.

“There are lots more models and bigger play areas. It’s brilliant. The amount of people that are here, and we are actually better off this time. More people are after coming in and are showing interest, which is brilliant.”

David was also the creator of the Millennium Falcon ships at the far end of the hallway, which grabbed most people’s attention. They came in all shapes, sizes and colours. There was even a Rainbow Falcon.

“I have my own Rainbow Falcon, which is a mishmash of different colours. People really seem to love that one, and I have a micro Falcon, so I have a huge collection of them.”

It probably goes without saying that he is a bit of a Star Wars fan?

But the most important message is that the event is for everyone, of all backgrounds and ages, David says.

“We want to be an all-inclusive event. We have partnered with the Limerick Autism Group. It’s an event for everyone, but we also a special area just for the junior builders, so that we can get the kids involved,” he adds.