‘Housing crisis could last for next 10 years’, warns economist at Limerick Chamber briefing 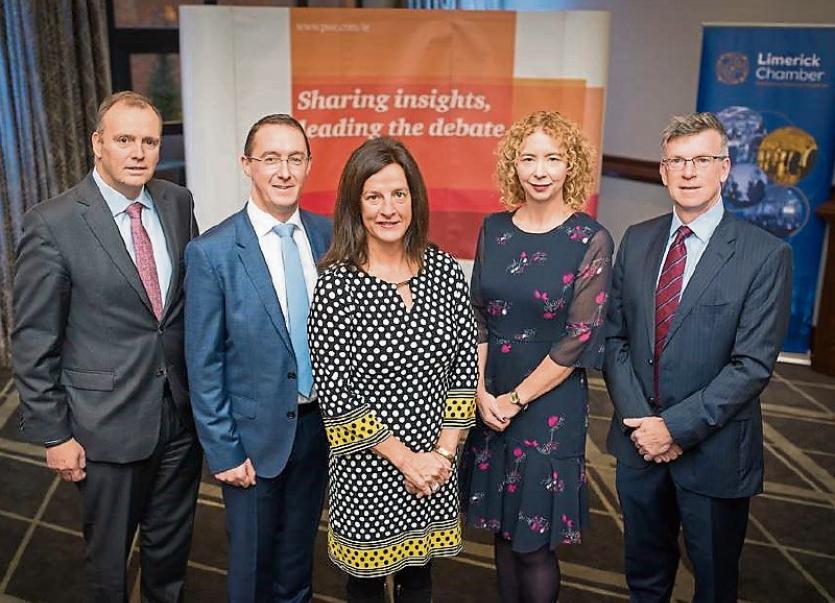 A LEADING economist has warned that Ireland’s housing crisis could last for another decade, due to a skills shortage.

Prof Alan Ahearne was speaking at a budget breakfast organised by PwC and the Limerick Chamber this Wednesday at the Castletroy Park Hotel.

Housing was a key feature of Budget 2019, with 10,000 homes proposed and a further 6,000 affordable units in Finance Minister Pascal Donohoe’s estimates.

But the professor – who was one of the first to predict the recession of a decade ago – said there simply is not the “human capital” to deliver on the housing the country requires, with warnings earlier this week saying at least 35,000 units are needed a year.

“If we’re going to ramp up construction, be it private sector or government, we’re going to need a lot more construction workers building houses. Where are they going to come from? We don’t have a pipeline as we did previously where you had architects, quantity surveyors, carpenters and painters, who have all been trained. They are just not there, and that’s because of the long shadow of the recession,” Prof Ahearne told the event.

He said bringing people in from abroad will also prove difficult now, due to the rising prices of rental accommodation in Dublin and across Ireland.

On top of this, with the improvement of economic fortunes in Eastern Europe, there is less incentive for people to travel west, Prof Ahearne claimed.

He predicted there will be only a “slow, gradual increase” in the building of houses sacross the next decade – and Irish politicians must get used to that.

Mr Donohoe earmarked €110m for responses to Britain leaving the European Union in his budget.

But Prof Ahearne, predicting only a 60% chance of an orderly Brexit, believes budget day is not the time to put in place measures.

“In a way, it’s too late. If we’re going to have a disorderly Brexit, we’d need hundreds more customs officials. But we haven’t hired them. We cannot hire them without knowing how the negotiations are going to do for the next number of weeks,” he added.

Also speaking at the meeting, tax advisor with PwC – based at Bank Place – Colm Browne expressed concern at the very small change in the tax bands announced in Budget 2019.

“There isn’t any indication these are going to change. On a serious note, at a time when we are reaching full employment, and we are trying to attract possibly some of the jobs which may spin out of Brexit, these high marginal rates are not attractive. It is something which needs to be considered if Ireland is to be an attractive place to work,” he said.

There has been a welcome for the retention of Ireland’s 12.5% Corporation Tax rate, with the finance minister once again giving his backing.

Mairead Connolly, PwC, said: “This is particularly key for Ireland because when you compare Ireland to our European neighbours, we actually rely more proportionately on Corporation Tax than other countries.

“​If you look at the stats, Ireland takes in about 12% of its tax revenue from Corporation Tax, whereas the likes of France and Germany would be averaging four to six per cent.”