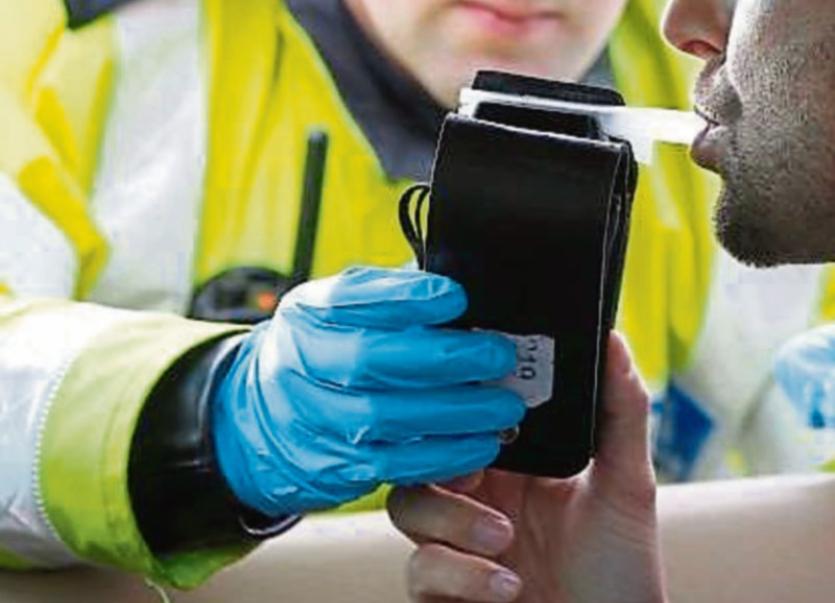 THE number of drink driving offences detected in Limerick increased by more than 80% in the second quarter of this year, new figures have revealed.

The figures from the Central Statistics Office (CSO), show there were 91 detections across the Limerick garda division during April, May and June, compared to 50 during the previous quarter.

While the number of drink driving offences increased quarter-on-quarter, they were marginally down on the same quarter in 2017 when there were 92 detections.

The Recorded Crime Statistics have been released by the Central Statistics Office (CSO) ‘under reservation’ due to continuing concerns regarding the quality of data in the Garda PULSE system.

“In March, the CSO resumed publication of Recorded Crime Statistics using the category of Statistics Under Reservation to provide the best available measure of police-recorded crime in Ireland while informing users of their concerns regarding the quality of the underlying data,” said Olive Loughnane, statistician with the CSO.

According to the figures, there was just one detection for so called ‘drug driving’ during the second quarter of 2018 compared to three between January and March.

During April, May and June there were 13 reported incidents of endangerment relating to road traffic incidents. There was one case of dangerous driving causing death.

While there were significant reductions in certain categories of crime such as arson, robbery and sexual offences, there were notable increases elsewhere.

There were 23 incidents involving possession of offensive weapons, 173 drug-related offences and 359 thefts from shops.

There were more than 800 theft-related offences during the second quarter of the year bring total for the first six months of the year to 1,600.

According to the CSO, there were 402 incidents relating to offences which involved breaches of court orders or persons in custody.

There were 421 incidents which have been categorised as “offences against government, justice procedures and organisation of crime”.

While there were no murders during April, May or June, figures show there were 28 recorded incidents involving threats to kill or cause serious harm.