‘Are kids for me?’ Limerick counsellor launches service for those unsure if they want to have children 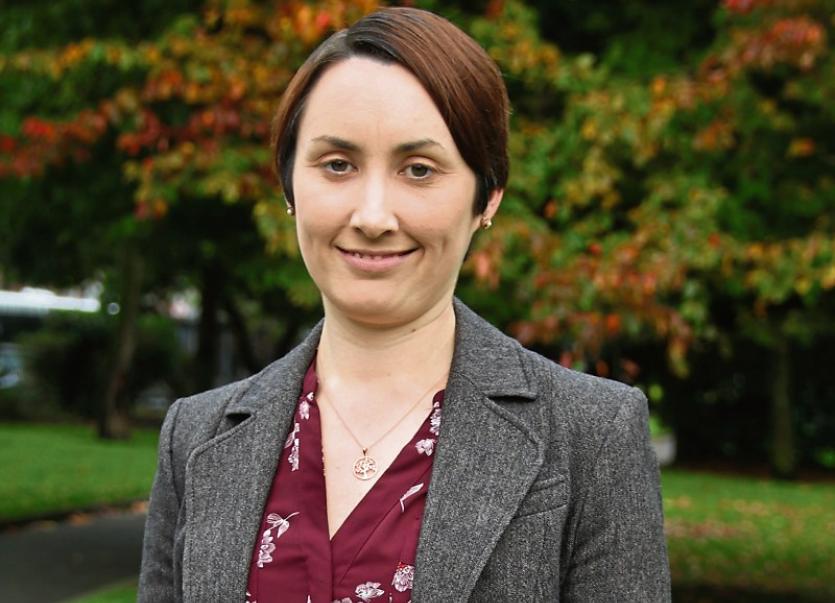 Deciding not to become a parent can be accompanied by many social pressures, Margaret O’Connor says

IT'S now estimated that one in five young Irish women will never become mothers, either by choice or due to their circumstances, but despite this “sizeable minority” these women are rarely represented in a ‘family-centric world’.

“It is a significant amount of the population,” Limerick counsellor Margaret O’Connor explains.

“Ireland still has the highest fertility rate in the whole of Europe so there’s no shortage! But it is steadily there. It's a minority but its a fairly sizeable minority.”

“And if you think in terms of Government policy or advertising, everything you see is very much the traditional family form, involving children.”

“There’s very little objective representation of people without children, apart from the usual stuff about ‘poor, childless’ Jennifer Aniston, which we’re all withered about hearing about it at this point.”

“There is a gap there in terms of positive images of different family forms and that can be very isolating for people.”

Ms O’Connor, an IACP accredited counsellor, is speaking to me  as she prepares to launch the first resource of its kind in Ireland; a counselling service designed specifically for people who are unsure if they want to have children.

‘Are Kids for Me?’ is based on Ms O’Connor’s research and experience working with issues around parenthood, such as social pressures, tradition and assumptions, being childless due to life circumstances or by choice, and the stigma that can accompany it.

As part of her Masters Degree in Gender, Culture and Society at the University of Limerick, Ms O’Connor interviewed a range of different women about their experiences.

“Some wanted children, some didn’t, some weren’t sure and all of them found there was judgement, no matter what. That is really what struck me.”

“There was judgement on all sides. There was no ‘right decision’. There is an assumption that ‘you’re a woman so you are going to have children’ but then parenthood isn’t really properly valued or supported.”

“It's just assumed you are doing what you are supposed to be doing so you’ll get on with it. Then if you don’t do it, there’s no roadmap for it.”

“Another aspect that came out of my research was that the women I spoke to felt that they might not have children, and that may or may not be by choice, but it's almost seen as everything else you do is a consolation prize.”

“I interviewed people who are experts in childcare, or the medical aspects of child development who felt their opinion was completely disregarded because they didn’t have children, which can be extremely hurtful.”

Deciding not to have children doesn’t have to be a ‘sad’ thing, she adds.

“Of course, if it's not your choice, that is a sad thing, it's very difficult but for an increasing amount of people, not becoming a parent is a choice and actually you can live quite a fulfilling life but we don’t see images of that, or certainly not enough.”

“We’re going to be the first generation to have a choice whether to become parents or not but I don’t think there’s awareness around that, or acceptance that parenthood is not a default.”

“There are so many reasons why you mightn’t have children. They could be biological, due to fertility, or it could be due to ‘social-infertility’ which is where you want to have children but it just doesn’t happen for a range of reasons.”

“It could be that you don’t have a partner, or you don’t meet a partner at the right time, or for financial reasons,” she explains.

“It puts awful pressure on people. People also tend to go through it on their own, it's a very personal issue. It can be very isolating so that’s why I think it's important to have a service where people can come in and try to get away from the noise of everyone’s opinion, because everyone has an opinion on this.”

“We need much more awareness around what’s involved and to try and not make assumptions.”

‘Are Kids for Me’ will officially launch at Bia at the Milk Market on Saturday October 13 at 6pm. The launch will include a panel discussion on the many aspects of parenthood. The panel is set to include high profile speakers who will speak from the perspective of being a parent, being childfree, being childless not by choice and trying to decide about becoming a parent or not.