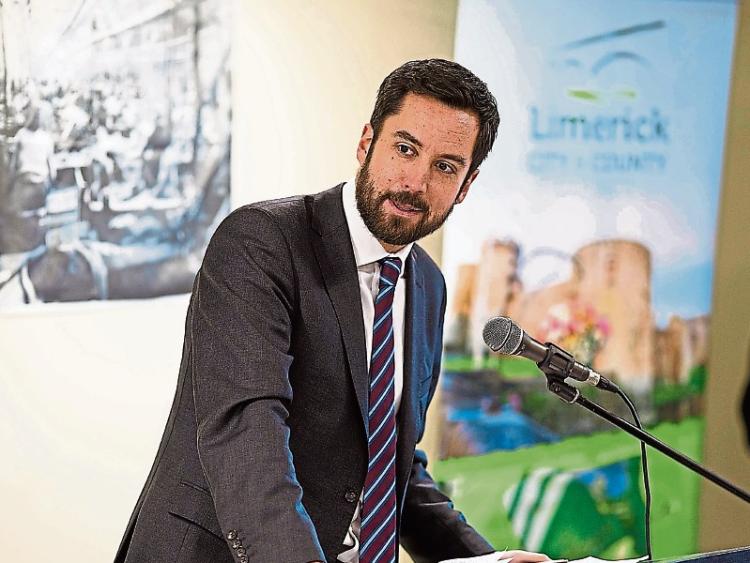 MINISTER for Housing, Planning and Local development Eoghan Murphy has spoken of plans to double the size of Limerick and of the population growth within the urban centre over the next two decades.

Speaking at the National Ploughing Championships in County Offaly recently, Mr Murphy said: “We have got huge ambitions to double the size of Limerick and of the population growth within that urban centre over the next twenty years.”

Mr Murphy also spoke of the ongoing investment in the Limerick region, with strategies such as the Limerick Regeneration Framework Implementation Plan and Project Ireland 2040, which he said will work alongside new Land Development Agency mandate.

The LDA mandate will seek to purchase public and private land for the development of both social and affordable housing.

Mr Murphy said that the €1.25 billion in seed capital will be made available over a period of time, once the LDA has established a statutory footing through legislation, “and then it will depend on where the sites are located”.

“We have secured eight sites into the initial pipeline but discussions are ongoing for a further number of sites, to take it from 3,000 homes to 10,000 homes,” he said.

In conclusion Mr Murphy added: “By the end of October, other ministers have to come back to me with other sites that are going to bring forward for housing development.”