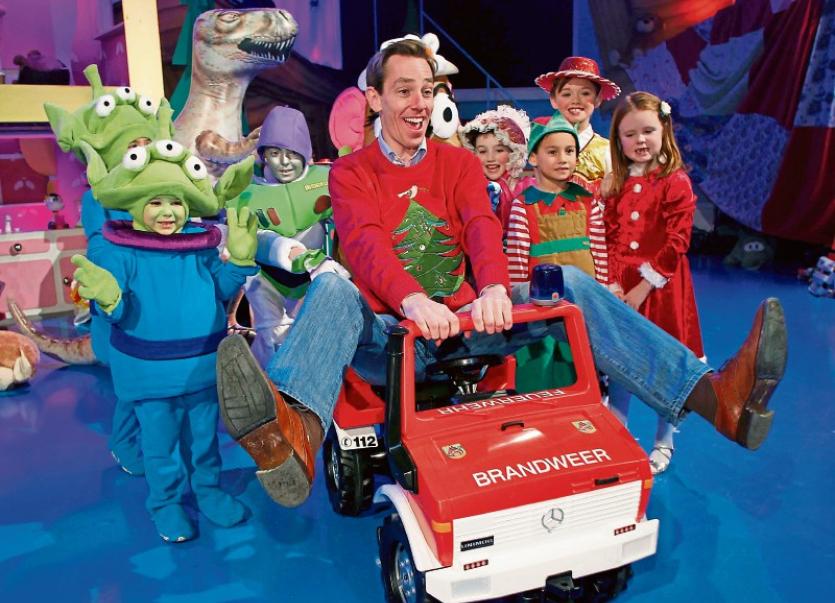 AUDITIONS for the Late Late Toy Show are to be held in Limerick for the first time, with producers looking for ‘that bit of magic that makes the Toy Show so special’.

This year’s Late Late Toy Show Audition Tour, which sees the team travel across country to meet the acts in with a chance of being part of this year’s programme, will start in Limerick on Monday, October 22.

It is the first time that the auditions will visit Limerick, home of this year’s All Ireland Hurling champions – but the closing date for young performers to send in their audition is looming this Friday.

“We are looking for young performers who can bring that bit of magic that makes the Toy Show so special,” said Late Late Toy Show producer Eimear O’Mahony.

“We’re looking for the best performing groups, singers, musicians and toy demonstrators - we’ve already been inundated with audition tapes and the talent we have seen so far is unbelievable.

“We are going to have a very hard job picking the acts we want to meet on this year’s audition tour.”

One of the most watched shows on TV, last year 1.35m people tuned in, and the programme was viewed in 109 countries on RTÉ Player International.

Host Ryan Tubridy said that going out “on the road with The Late Late Toy Show is one of my favourite times of the year and what better place to start looking for the best young talent this country has to offer than the home of Bill Whelan, Richard Harris and Dolores O’Riordan.

“I am endlessly surprised by how much talent there is in this country and I have no doubt we are going to uncover some cracking young performers this time around when we venture down to the Shannon,” he added.

To be in with a chance of making it to the auditions, performers’ parents must download an application form and send it in, along with a DVD or USB key of their child or group in action. The closing date is Friday, September 28.

The show is also looking for youngsters to demonstrate this year’s must-have toys, though they won’t have to attend the regional auditions. For full details on how to apply see www.rte.ie/latelate.