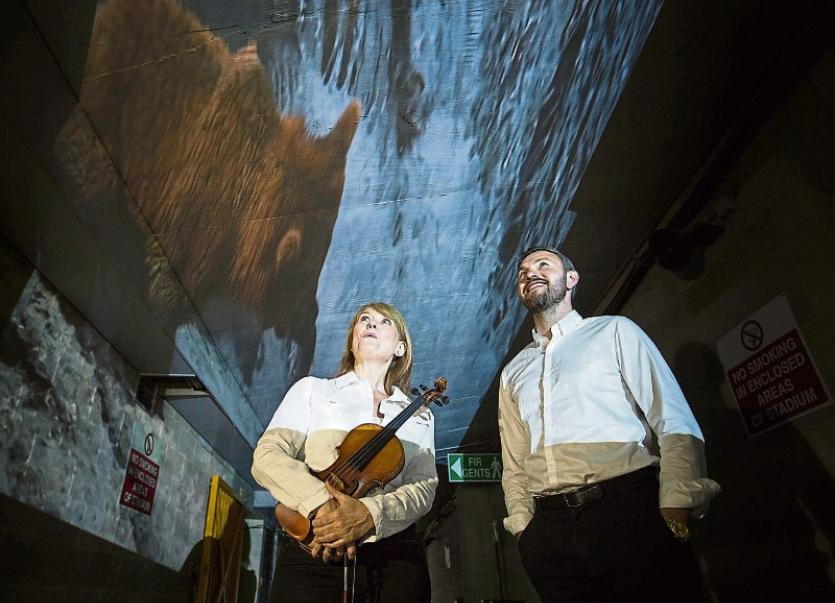 Oonagh Keogh, Irish Chamber Orchestra and Andy Lee, event ambassador at the launch of the show

Alan Owens speaks to Steven Lemke, technical director and production stage manager on National Geographic: Symphony For Our World, which will have its European premiere in the Gaelic Grounds on Saturday, September 29:

- Can you tell us about how you became involved in this show and what your role is?

I was working for an orchestra in the States where I had been for 14 years as their technical director and recording engineer. I was sought out by Jason Michael Paul Entertainment as they were looking to expand their ability to produce visually oriented shows for orchestras. National Geographic: Symphony For Our World is the third show that I’ve worked on with them. The first two were based on video games. (Heroes: A Video Game Symphony and Legend of Zelda: Symphony of the Goddesses). We were touring Zelda and National Geographic approached us about developing a show with them. They were in the process of a major reorganisation, having just been bought by Fox, and so things got put on hold for a bit. Once we got the green light, things progressed along very quickly.

- Can you tell us about the show from your standpoint, what can audiences expect?

Symphony For Our World is a five movement work comprising Sea, Shore, Land, Mountains and Sky. It features some of the most breathtaking footage from National Geographic from over the years, paired with a score by Bleeding Fingers, which is Hans Zimmer’s composition group. It was run as an uninterrupted television special on earth day, which is the same day we premiered the live concert in San Francisco. We added a three movement piece called Symbiosis and a couple of other short pieces to make a full concert and the result is what the audiences around the world are seeing now. We touch on the theme of our changing world and also some very endearing images from the animal kingdom as well. There are also some wonderful testimonials from National Geographic explorers which help tie everything together.

- From a production point of view, how much of an undertaking is this show - what is the scale, how many are involved, what are the logistics etc?

Like any video symphonic concert, there is a lot going on. First of all, the orchestra is on click track for a couple of reasons. Number one, we only get one rehearsal together to get everything ready for the performance and number two, we need to keep everything locked to the video. Second, as we only have one day together in the venue, there are a lot of elements to coordinate. Aside from the orchestra rehearsal, there is lighting, video, cameras and music tech to sort out and make sure that everything is playing well together. I am usually going non-stop right up to the downbeat of rehearsal and right on through until we finish loading out after the show. 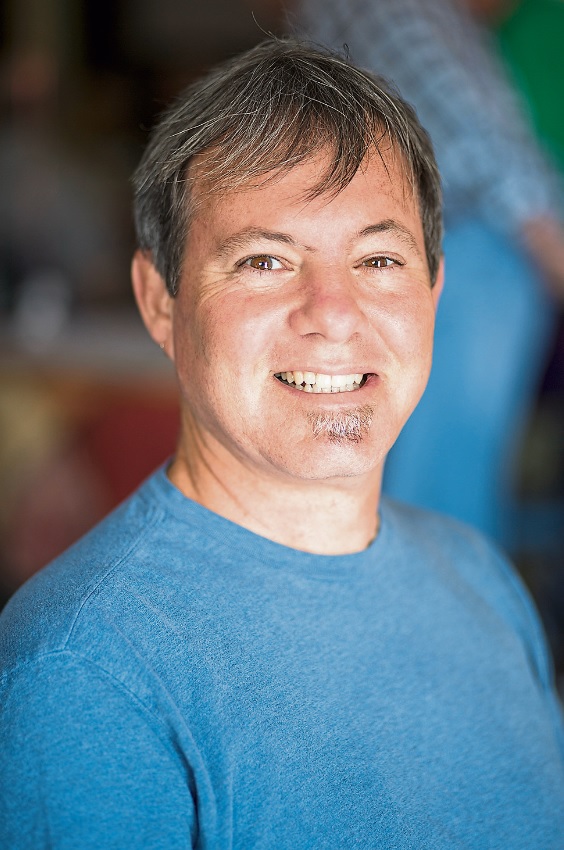 As far as the team, we travel very light. There is the executive producer, the conductor and myself. When we started doing these video shows, there were five or six people sitting at the tech table running things plus a sound engineer, a lighting designer and some cameramen. Technology has allowed me to figure out a way to trim that way down so that it is just the local sound and lighting crew doing their thing and only me backstage running the show, click track, video switching and camera operation. Sometimes people are baffled by how I can do it all but it has taken a number of years to fine tune the process to where it works well. I travel with two large cases which contain all of my equipment and the screens, projectors, sound and lights are all locally sourced. It also keeps things cost effective to where you can tour a show like this. If you had to fly a bunch of people around for every show, it couldn’t sustain financially.

- Symphony for Our World pairs artistry with science; can you tell us about the challenge of setting music to the accompanying footage from a performance point of view?

The major section of the show was composed by Andrew Christie and Austin Fray of Bleeding Fingers Music. For Symbiosis, we chose music from Ravel’s Daphnis and Chloe that we felt conveyed the feelings we were trying to evoke and we used a piece by a modern composer, Jocelyn Morlock, a female composer from British Columbia. Her composition Oiseaux Bleus et Sauvages really fit with the lighthearted video about Joel Sartore’s Photo Ark project. Our conductors, Kevin Zakresky and Kelly Corcoran, were very instrumental in choosing the music that worked best for the show. With all that being said, there are good and bad points about composing new music for a project like this vs. picking existing music. While composing allows you the freedom to craft the piece however you want to fit the mood and image, it is very expensive and time consuming, whereas when using existing pieces, you need to be more creative matching the video content to fit the mood of the music and still tell your story in a way that makes sense visually. Our director, Ryan Hamlyn, had the job of piecing all of that together into a cohesive package that told the story we wanted to convey. The other part of this equation is using technology. With the Bleeding Fingers music, there are a lot more modern elements to the music which make use of modern synthesizers and very specific sounds. We use a different orchestra in every city we perform in and therefor the equipment can be different every time. In order to maintain continuity, I have all of the synthesizer patches programmed on one of my computers so while the keyboardists are playing their own instrument, the actual sound is generated from my computer.

- How will the show configure in Limerick - what will it look like? This show has the biggest screen in Europe - can you tell us more?

In a lot of cities, and particularly in Europe, the performance venues tend to be a bit smaller or absolutely huge. When we play smaller theaters, say 1500-2500 seats, we need to scale down the screen size to ensure that everyone can see the whole screen from every seat.

Playing a large outdoor venue like this with the largest LED screens Europe has to offer is just what this show calls for. We will have a 7m screen over the stage and 10m screens on either side so the imaging is going to be spectacular! This kind of footage deserves to be shown on a grand scale and when you see the imagery of the beautiful majesty of our planet on a screen like that, it’s amazing.

- This is the only Irish concert date and a European premiere, so why Limerick?

That would be the doing of Paul Boland at CWB. He and I go back a few years from when his team provided production services for the European tour of the Legend of Zelda concert. CWB was great to work with, total pros, and we got on quite well. They had me come over with my PTZ camera system to do a big event for CBS Sexton Street in 2016. It was their idea to bring this show over to the Gaelic Grounds for its European premiere and everything worked out so that we were able to do it.

- Are you and the team looking forward to coming to Limerick?

I am absolutely looking forward to it. Ireland is one of my favourite places. I’ve been about five times now, mostly to Dublin, but this will be my second visit to Limerick. I’m actually coming over a few days early so I can explore the west coast a bit.

- Tickets are on sale now from Ticketmaster