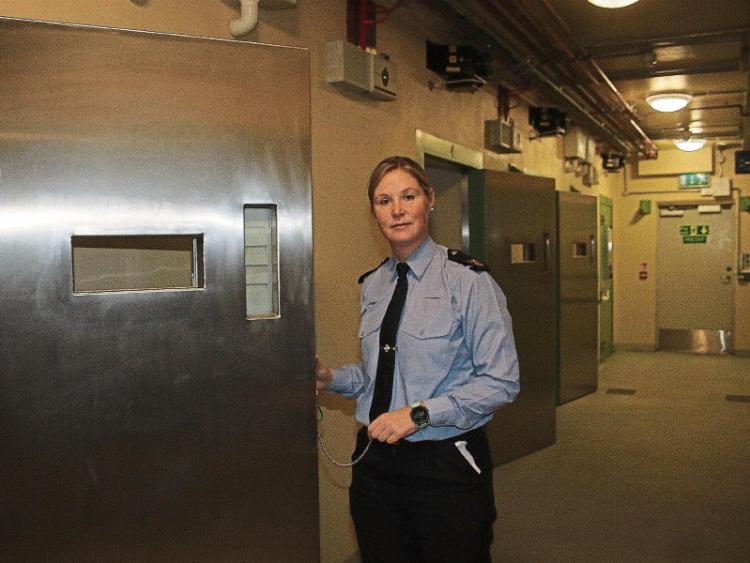 Sgt Michaela Moloney in the custody suite at Henry Street

LIMERICK’S busiest garda station is set to embrace Culture Night by opening its doors to the public.

Between 5pm and 9pm on Friday, gardai will be on hand to offer free guided tours and to reveal what really goes on behind the scenes at Henry Street station.

The tour of the divisional headquarters will include a visit to the state-of-the art Communications Room where all calls are received and dispatched by specially-trained operators.

There will also be a chance to see the bank of TV monitors and screens which relay footage from the network of CCTV cameras which are in operation across the city 24/7.

The recently re-opened custody suite and cells will be also included in the tour which will gave an insight into how prisoners are processed and dealt with following their arrest.

Members of a number of specialist units including the armed Regional Support Unit and the Dog Unit will also be on hand to answer questions and explain their role and function.

Henry Street station, which incorporates the adjacent Estuary House, is one of the busiest garda stations in the country, dealing with of thousands of incidents and complaints in any one year.

The station, which is open 365 days a year, is also one of the city’s biggest employers as hundreds of gardai are based there along with a significant number of civilian workers.