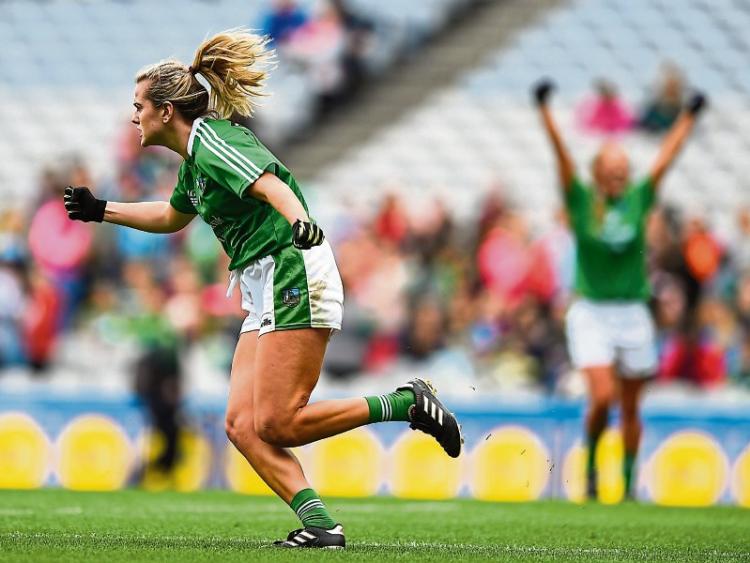 ANOTHER CHAPTER in the history of Limerick sport has been written as the Junior Ladies football team have conquered Louth in the All-Ireland final at Croke Park this Sunday afternoon.

In a frenetic display by the girls in green, Limerick dominated the finale in Dublin defeating their tough opponents in the end by a massive scoreline of 5-6 to 0-8.

The victory marked another end to a GAA famine in Limerick, as it has been eight years since the ladies took home the title—again against Louth in 2010.

Woman of the Match Rebecca Delee, who scored two goals and one point, said all the players on the team “were just so ready for it”.

Congrats to the #Limerick @LKLadiesGaelic team who have just been crowned All Ireland Junior Ladies Football champions @CrokePark Fantastic win over Louth 5-06 to 0-08 @LadiesFootball #LuimneachAbú pic.twitter.com/OVtRrGsT7a

“It was just a match, we had to go out and win. And thankfully we got the result,” she told TG4 just moments after the final whistle blew.

“It’s always great to be an underdog where no one really expects much of you, and I suppose that was one of our reasons why wanted to come out there and win. Louth are an asbolutely great side. We were just lucky with the goal chances we got, and we took them.

“Only for that, we don’t know what could have happened. Louth kept going until the very end, they pressed out kick-out and they are absolutely unbelievable,” the Feohanagh-Castlemahon centre forward said.