'I never thought anything could control me like a piece of powder': Limerick drug survivor speaks 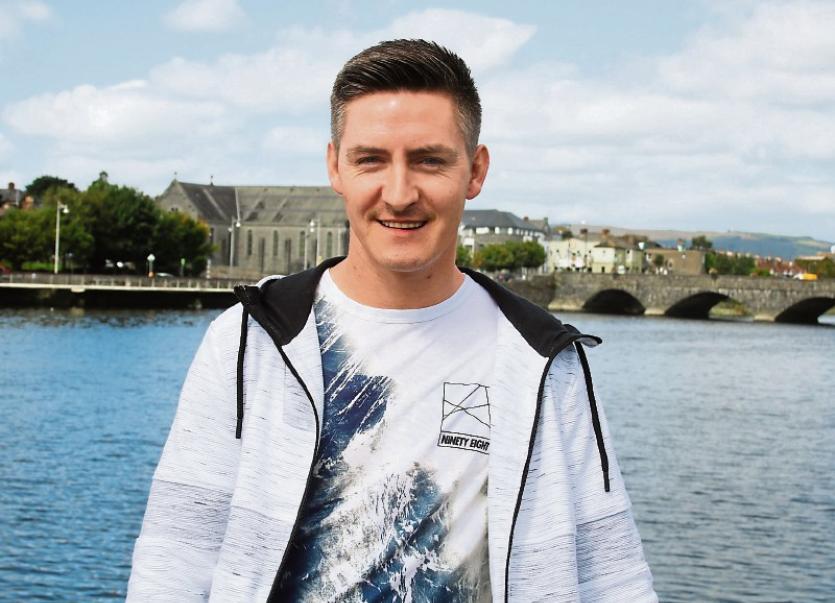 ‘Unless you turn around, you ain’t getting back’: Ger Lynch Picture: Adrian Butler

GER LYNCH was just 18 when he got his first taste of heroin. Surrounded by friends in O’Malley Park, each falling into the same trap, oblivious to the insidious destruction of addiction.

For Ger, 2004 was a different and darker time in O’Malley Park, wartorn by gangland feuds that spilled blood on the streets over battles of territory and revenge.

And at the time, he had dropped out of secondary school four months before his Leaving Cert, and was now tentatively facing the dreaded world of adulthood.

The youngest in a large family, the teenager felt alone. His father was not in the picture, his determined working class mother had two jobs on the go, and a number of his siblings were in prison.

Heroin was his escape that took away the fears and anxieties that consumed his life.

This survivor, now 32 and sitting in the quiet chamber of City Hall, tells this reporter how the regressive illness of addiction plunged him into a life of heartbreak, homelessness and hopelessness.

Ger was a “late drug user”. He had only started consuming cannabis at 18, six months before heroin entered his circle of friends.

“I pretty quickly fell into heroin addiction. The group of friends, we were all together, we all kind of fell into a trap around the same time. We didn’t really understand that it was an addictive substance, never really thought anything could control me like a piece of powder could. It’s like weed—if I wanna take it, I will, if I don’t, I won’t. It was within a short couple of months I kind of had progressed,” he says, calmly. 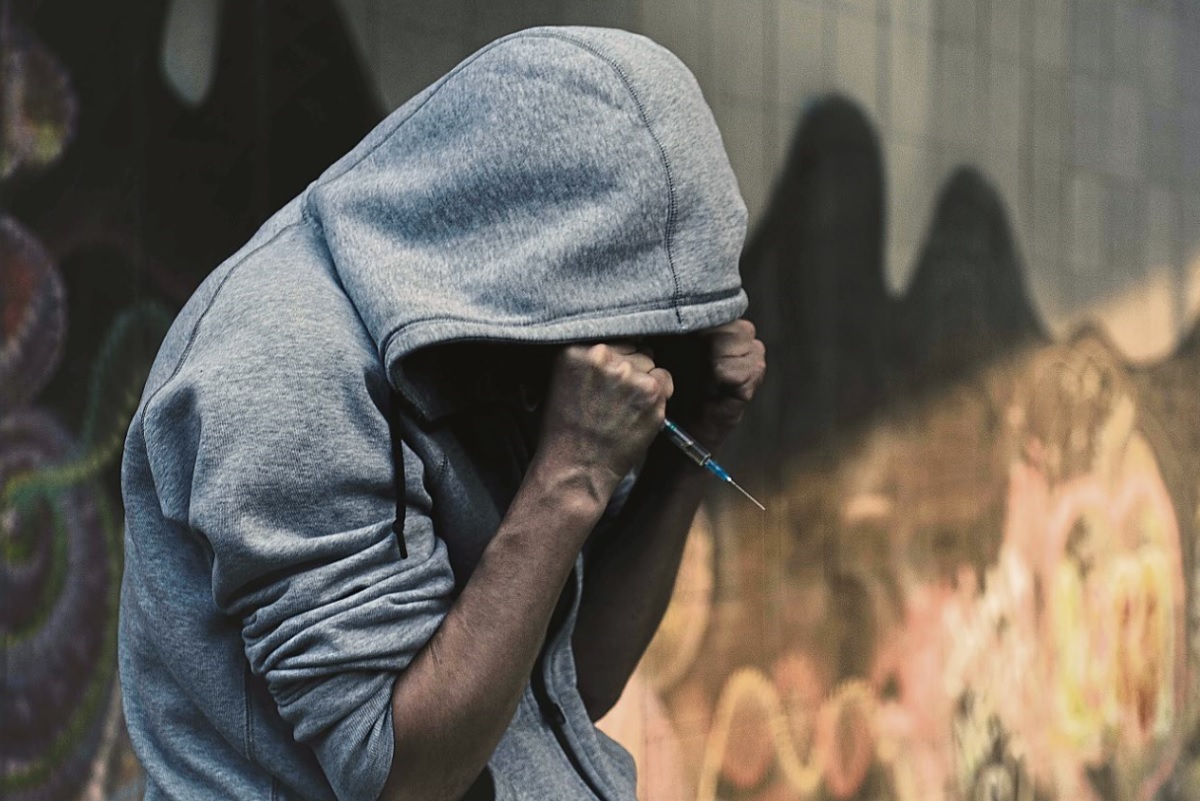 At 18, he says, there is an expectation to “face this big bad world on your own”. He says he was apprehensive about entering this world because he felt he had no guidance.

That was when Ger became a corner boy, selling bags and ounces of heroin, mainly to feed the habit that was gnawing at his life.

“I was dealing heroin for a number of years, selling to friends and anyone would buy it basically. It started off with buying for a couple of friends, but then word of mouth spreads that your stuff is good.”

Initially, Ger was led to believe this was an easy way to make money as the phrase “easy money” was often thrown around.

Amid this crisis, Ger was hit by two heartbreaking family tragedies; the deaths of his sister and two-month-old son, Ger Jnr.

His sister passed away following a paracetamol overdose. Baby Ger died 10 years ago as a result of cot death, or sudden infant death syndrome.

It was not long after these two tragic incidents when Ger had the wake-up call to fight this debilitating lifestyle.

“It was a light bulb moment when you realise I am not creating for my kids, what I didn’t want for me. I just didn’t want to continue down that road.”

But while combating this addiction, Ger had been homeless and was under the roof of a hostel for around six years, all in his early 20s.

“You think that you’re after creating such a disturbing surrounding that it’s going to be impossible to climb back out of this. I got evicted [from a hostel] because I wasn’t paying rent. All my money was going on my drug habit. They didn’t really understand the habit.”

But that is when he was taken on by McGarry House on Alphonsus Street, which is operated by Novas, one of the pillar organisations responsible for tackling Limerick’s heroin scourge.

At McGarry House, Novas runs the unique Topple peer overdose programme, in which participants learn how to prevent, respond to and support others experiencing overdoses. Ger was among the first graduates three years ago.

When he first experienced a friend suffering a heroin overdose, he “hadn’t a clue” how to respond; he attempted CPR and called for an ambulance.

“When you’re standing there, waiting for it [the ambulance] to come, it’s not a nice position to be in. You feel like you’re wasting valuable time, and you’re just kind of standing there.”

But after completing the Topple programme, Ger is now able to react in a timely manner to save a person’s life in the event of an overdose.

Ger is also trained in administering naloxone, the life-saving drug that can stabilise an addict when they overdose. The drug was first piloted in Limerick, in needle format, in 2016. And as of late August, naloxone now comes in a safer, nasal spray.

“After the group, the first time I had to respond to an overdose was the same person I had responded to before I was trained. For me, it was almost like redemption here, I was being given a second chance. I know what to do and I know how to do it, I can respond. It’s almost like autopilot. You hear someone screaming help, overdose, and your mind goes: ‘Right, you know how to do this—go!’” Ger says.

Looking through the lens of a lifesaver offered a second wake-up call to the father.

“I didn’t want to be around overdosing and have people not knowing what to do. Then I thought about how I felt when it happened to this person. That’s how I am making other people feel if it happens to me. I don’t want to put somebody through that,” he explains.

Ger is now the face of recovery after the long road to redemption, as he now celebrates a year of having a home of his own in O’Malley Park, where he grew up.

He says, with a tinge of hubris, he has not consumed heroin for nearly three years and has been cannabis-free for 12 months, and is already on a prospering pathway in education.

Having completed a community addiction studies course in May, he is now doing a certificate in addiction studies, as part of a journey to earn a diploma in the same subject at University of Limerick in 2019.

“These services have helped me and help me deal with my issues, and I would love to be that person for somebody.”

His drug now is perusing the vastness of the internet, researching and understanding addiction and “just to understand how did I fall into that trap”.

Asked what kind of wisdom he can impart to others who have been plunged into that same darkness, he says: “You can bounce back. Of course you can. As long as you engage with the services, they are there to help. They are not there to judge you or put blame on you. They understand addiction and that is what got me through it. People can help. I am doing everything I can to give me that proper fighting chance.”

As our 20-minute conversation comes to a close, Ger’s face reveals a proud man, proud to have jumped countless hurdles in order to return as a survivor so he can provide for his children.

“I want my kids to understand that I have been down the wrong road but you can come back. But you have to turn around. Unless you turn around, you ain’t getting back.”

- This interview is part of a wider feature in which Fintan Walsh investigates the heroin scourge through the lens of gardai, gangs, healthcare and addicts. See the Limerick Leader broadsheet for more, in shops now