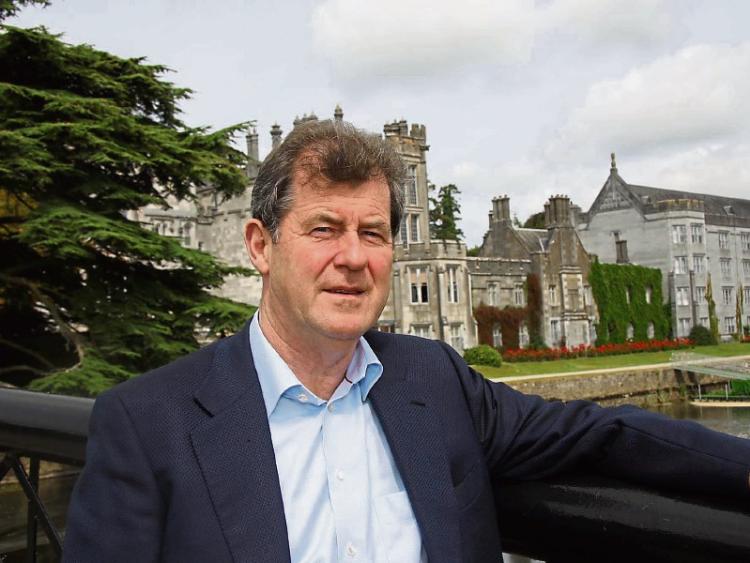 JP McManus has said that the idea of buying Adare Manor “grew” on him after it was placed on the market - because he wanted the historic property to “fall into good hands”.

In a new interview and feature on the Golf Channel, JP is seen chatting to host Matt Ginella while playing a round of golf on the west Limerick course.

When asked why Adare Manor was so special to him, JP said:

“I was brought up pretty close to here and when it came on the market, I was just hoping it would fall into good hands, I didn’t even think myself that I might be interested.

“It grew on me, and I liked the idea more and more.

Mr McManus said that “it was in very good shape when we got it,” so they just “gave it a little touch up here and there”.

JP has famously remarked in the past that he has ambitions to host the 2026 Ryder Cup at Adare Manor.

The JP McManus Pro-Am, which will feature some of the world's best known golfers including Rory McIlroy and Tiger Woods, will take place on the course in 2020. The Irish Open is expected to take place there in the early 2020s.

In the video, the owner says that he would like to host “anything that would bring more tourists”, and the Ryder Cup “hopefully, down the road”.

When host Matt asks if JP could ever have imagined, as a child, that he would own Adare Manor, he replied: “I thought I’d probably never get inside the gates!”

The presenter also featured Adare Village pub Aunty Lena’s, where he took in the sounds of a traditional music session.

See the full video below: