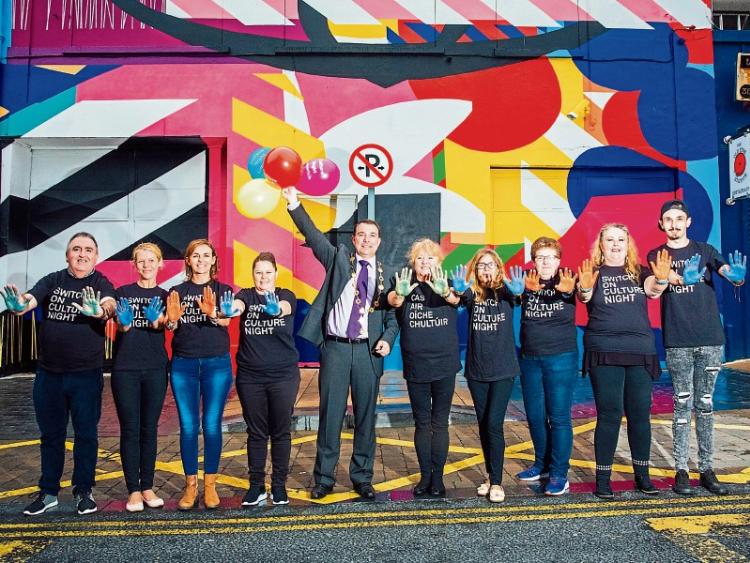 MORE than 80 free events celebrating the arts and culture will take place across Limerick city and county for Culture Night.

Thousands of culture seekers are expected to turn out for the evening on Friday, September 21 as part of the nationwide celebration of arts and culture.

The depth and range of cultural offerings in Limerick will be on display at locations across the city and county, with all participating venues to open later than usual and for free on the night.

From International Living Statues at the Hunt Museum to going behind the scenes at one of Limerick’s busiest Garda Stations; there is something for all the family.

The gates and doors of some of Limerick’s famous landmarks will be opened to visitors including the North Munster Masonic Centre, Limerick Museum in the Old Franciscan Friary and Sarsfield Barracks.

Watch in awe as Zoltan Gere, an expert in the ancient martial art of ground archery and horseback archery brings them to life in the iconic surrounds of King John’s Castle.

Or why not taste Limerick’s food heritage at the Milk Market with the Pigtown food series and the unique Pigtown Parade.

Enter the spirit of the evening with a colourful taster of Limerick Culture at Bedford Row Bedlam with hip-hop performances, mini all ages dance classes, performances by Limerick Music Generation and the Mary Immaculate Community Choir.

There will also be caricature drawing, a photo booth with live projection, kid’s arts and crafts and street animators, ending the night with an LED performance.

“Culture Night is an incredible way to celebrate culture and the arts in Limerick,” said Mayor of the City and County of Limerick Cllr James Collins.

“The number and type of events highlight the depth of talent that is in Limerick and the number of practitioners who are making our city and county a better place through their art.

“Limerick has embraced Culture Night as it is an opportunity to sample ‘bite-size’ portions.  It is a smorgasbord of culture all in one evening. The initiative has captured both the public imagination and the enthusiasm of artists and cultural organisations,” he added.

In the county Culture Night events are taking place in Kilmallock, Kildimo, Newcastle West, Adare, Rathkeale, Abbeyfeale, Bruree, Garryspillane, Carrigkerry and a very special event in Ardagh as the 150 year celebrations of the Ardagh Chalice commence.

There are over 80 events to choose from and all events are free but may require booking.

“Limerick’s rich history, culture and strong heritage remain ever present in its structures, streets and people, from the historic towns of Kilmallock and medieval village of Askeaton, to the archaeological site at Lough Gur and Limerick’s churches which contain a rich cultural heritage of the work of such craftspeople as Wilhemina Geddes and Harry Clarke, a legacy of Ireland’s position as a centre for excellence in the design and manufacture of the highest quality of stained glass,” she added.