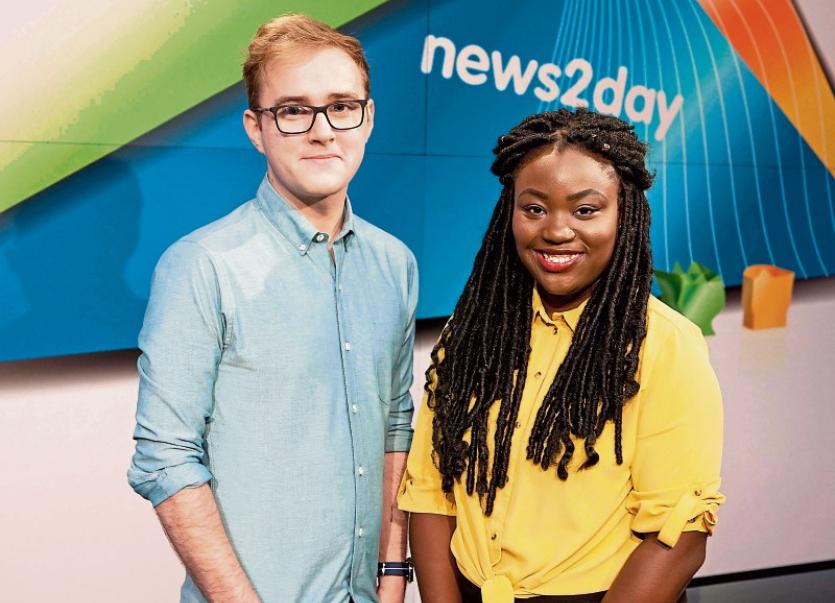 A UNIVERSITY of Limerick graduate begins broadcasting live with RTÉ this week as he joins ‘news2day’, a news service specifically designed for a young audience.

First time television presenter Cillian Sherlock, a graduate of the journalism and new media course at UL, was selected to join the team following a call out to graduates across the country.

During his time at UL, Cillian was involved with the ULFM radio station and worked as production manager of Limerick Voice student newspaper, which is distributed by the Limerick Leader.

He was also nominated in the Irish Examiner / University of Limerick video journalism competition for a video report on Syrian refugees in Ballaghadereen and he received an award for a radio report from Limerick Live 95fm.

After finishing his degree, Cillian won an internship through the Google News Lab Fellowship and has worked with Independent.ie, and for Landmark Digital, the publisher of irishexaminer.com and breakingnews.ie.

‘news2day’ is broadcast Monday to Friday at 4.20pm on RTÉ2 and RTÉ News Now.