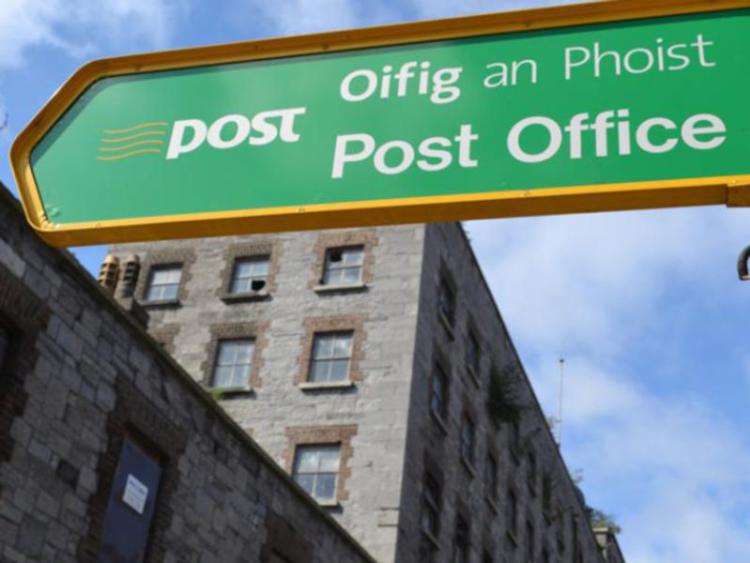 IN a bid to save its post office service, Athea has now lodged an appeal with An Post, asking the company to consider  transferring the service to another existing business in the village.

“We are backing that up with a further report,” the chairman of Athea Community Council, Dónal de Barra said this Wednesday. Following a public meeting in the village a fortnight ago, a working group was formed to campaign for the retention of a post office.  “We are putting together a dossier of the salient facts. We are making the case as to why the post office service should be kept and how their plans would coincide with ours.”

“It is important we keep the service for the most vulnerable in our community,” Mr de Barra added.

Technically, Athea falls below the 500 population threshold set by An Post to retain a post office but part of Athea’s argument will be to show that the census figures omitted a section of the village in a different townland.

“There have been several applications for housing schemes but they were turned down because the  sewerage was insufficient,,” he explained. But work on upgrading the system has now started, he pointed out.

“I can see the village growing,” he continued. “There are people who would build houses here. It is ideally located between Abbeyfeale, Newcastle West and Listowel where there are jobs and it is nice and quiet.”

Fine Gael TD Tom Neville also made the case for  Athea to An Post’s chief executive David McRedmond when he appeared before the Joint Oireachtas Committee on Communication on Tuesday.

Athea is a town that is going to progress, Deputy Neville argued. There is good broadband access, he explained, and further investment is being made in flood defences and in an upgraded sewerage treatment system. “All this money is being put in but An Post is pulling out,”he said. The absence of the post office would  also impact on existing businesses, he warned.

“This is a place where we have good investment,, a good future and bright prospects. The removal of the post office will hit all this momentum,” he said.

And he appealed to An Post to listen to Athea. Give people a hearing and a  fair chance under the appeal mechanism, he argued.

He also argued that post offices due to close under the retirement package plan should be kept open until after the appeals are heard. Mr McRedmond said An Post management was prepared to” engage with” proposals.

Fianna Fail TD Willie O’Dea  described the closure of 159 post offices, seven in Limerick as “ nothing short of a direct “attack on the communities affected and will not be tolerated.”

“There is no doubt among the people living in the communities directly affected, that these closures send a very clear message that the State no longer sees these areas as a viable place to live or work and will not be supported to settle there,” he said.

The Athea post office is expected to close, due to retirement, in October.