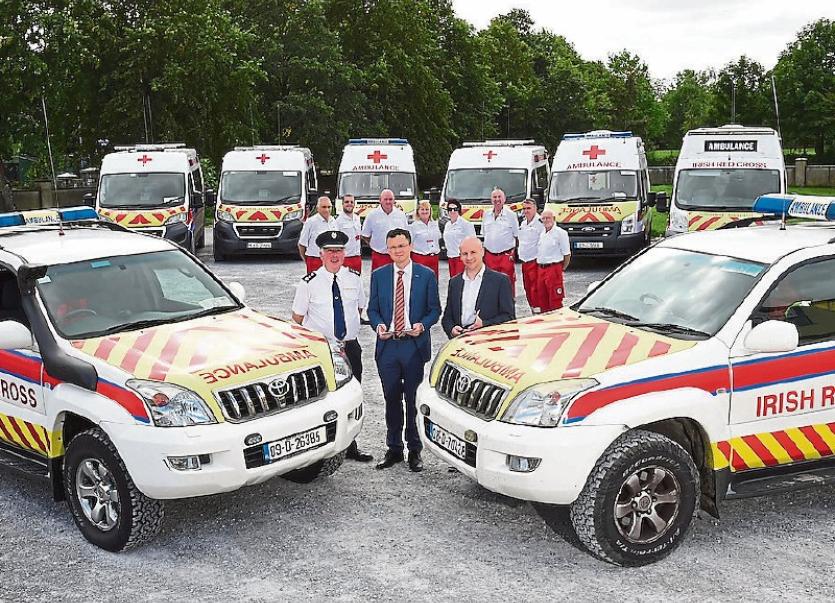 IRISH Cross ambulances in Limerick, and around the country, are to be kitted out with smart devices which will save precious time for the crews by cutting out cumbersome form-filling on paper.

The initiative, sponsored by online lottery company Lottoland, was launched in Newcastle West on Monday by Minister of State, Patrick O’Donovan. Praising the Red Cross for its work for and within communities, Minister O’Donovan said having the new tablets would make life easier for the crews.

The launch, he added, was also an opportunity to raise awareness of the work done by the Red Cross who were always looking for more volunteers. “It is a great organisation. I would urge people to consider joining up.”

All 130  Red Cross ambulances nationwide, which includes six in Limerick,  will get the new tablets. Explaining how this will benefit their work, Irish Red Cross’ National Director of Units Tony Lawlor said it would allow crews to report on patient care securely and in real time. ”Not only that, but the devices will allow us record vehicle pre-event checks, log volunteer hours and confirm crew cover, so this valuable sponsorship will really make a difference to the quality of event cover and reporting that the Irish Red Cross provides in future.”

A huge benefit will be the time saved by not having to fill out paper forms as the tablet format will be mainly a check-list. Each ambulance crew, it is estimated, will save 1.5 hours per day making for a time-saving in Limerick alone of up to 2,807 hours every year. This in turn, Mr Lawlor stressed, will allow crew members concentrate on other important aspects of their day-to-day humanitarian operations.

Lottoland’s Irish Country Manager Graham Ross,  said they were delighted to work with Irish Red Cross in their first full-scale partnership with an Irish charity.   “In working together to plan the partnership projects, we’ve learned so much about the incredible work they do, particularly their large volunteer base who give their time so selflessly to those who encounter difficulty.”