Fr Simon is back in Limerick’s Glenstal Abbey School hotseat 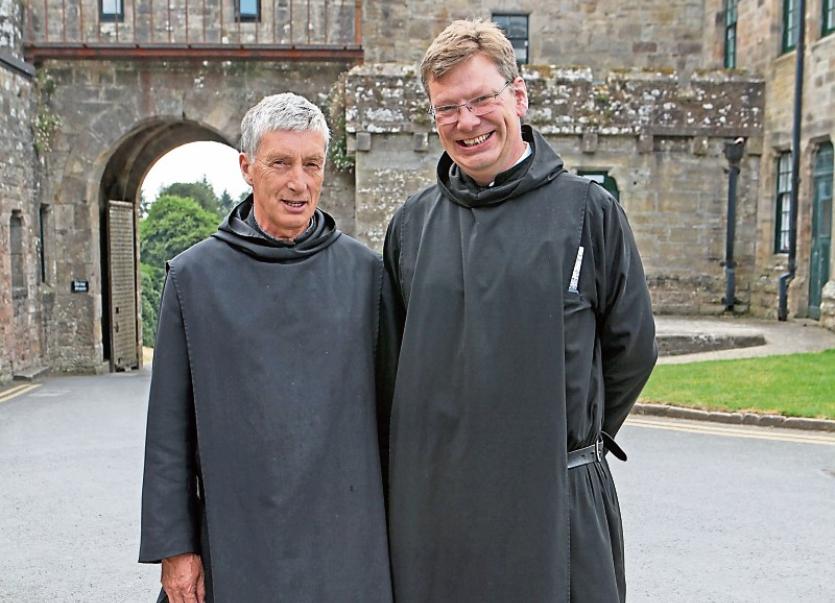 FR SIMON Sleeman jokes that being appointed headmaster of Glenstal Abbey School for the second time is penance for past sins.

Twenty years after his first term in the role ended he is back in the hotseat in one of the most prestigious schools in the country.

The popular monk said he is looking forward to the challenge despite thinking he would be putting his feet up, looking after his bees and carrying on the good works in Murroe as chairman of the community council. He has overseen a playground and Murroe Wood Park being built, and the refurbishment of the Muintir na Tire hall.

Fr Simon said a lot has changed since his last tenure as headmaster from 1991 to 1998.

“There were no mobile phones, no internet, no email – it was a very different world,” said Fr Simon.

“Anytime you are entrusted with people’s children and their education is a great privilege. And especially at a boarding school when they are with you for a significant time and it is such a significant transition in people’s lives,” he continued. Fr Simon praised his predecessor, Fr William Fennelly for the excellent job he did. There is continuity as Fr William is remaining in the school as a housemaster.

Fr Simon will have more students, staff and parents to deal with than he did 20 years ago. In the nineties, Glenstal Abbey School had around 180 boys. That has grown to over 250 between full and day boarders.

“One of the great challenges is not to over protect children. One of the terrible dangers is that everything is over organised and supervised.

“Take a playground for example –  all our playgrounds have to be standardised for health and safety reasons. In a climbing ladder every rung has to be the right distance apart.

“It is how to balance giving people the freedom they need to explore and develop themselves. If everyone is making decisions for them and organising everything for them then they don’t. I would like boys to stand on their own feet as well. It is about getting the balance right,” said Fr Simon.

If every problem is solved for them growing up then they won’t be able to solve their own problems when they enter the real world, he says.

As well as the new headmaster, the school welcomes 57 new students this September.

They are already accepting applications for entry in 2019 and an open evening will be held in the coming months.