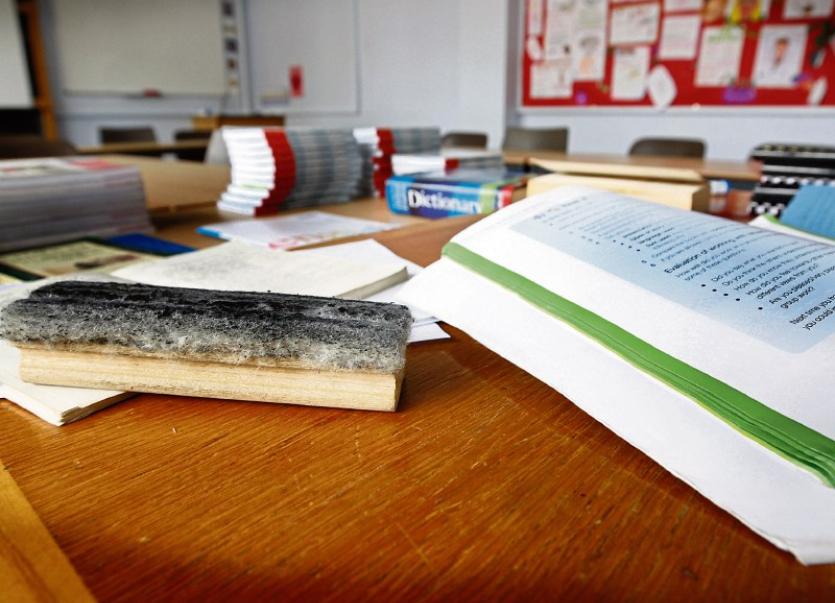 MORE than one in four Limerick primary school students were in classes of 30 children plus last year, new figures show.

According to figures from the Department of Education, 28% of Limerick students in mainstream primary school were in classes of 30 children or more last year, with 27 classes recorded as having more than 34 students.

Limerick is a “black-spot” when it comes to large class sizes and there is currently a “massive demand” for school places, even in September, according to INTO spokesperson and Ballybrown N.S principal Joe Lyons.

“Not a day has passed that I don’t have somebody seeking a place for their child contact the school. I would love to be able to offer them places but I can’t.

“Limerick is actually a black spot in regards to class size because the suburbs of Limerick have grown so quickly that schools in the suburbs are experiencing massive demand for places.”

Areas that quickly developed during the ‘Celtic Tiger’ are particularly affected, he added.

“Very often houses were built, families moved in and their children are of school-going age now but schools weren’t built to cater for them.

“We would feel the EU average is 20 per class, the Irish average in theory is about 25, 26 per class but teachers are appointed on a delayed basis,” Mr Lyons explained.

“For example, if we have 300 children in the school on September 30 of this year, we don’t get the teacher until September 1 next year. We have to carry the large numbers.”

The INMO believes the best way to tackle education disadvantage is to reduce class-size, he added.

“Reducing class sizes in primary school would benefit children greatly. Teachers have more time with each pupil in smaller classes and they can identify when a child is having difficulties faster,” Mr Lyons said.

“At the moment now, teachers are just grappling with a new language curriculum, rolled out last September, as well as that there is a new Maths curriculum on the way.”

INMO reps are currently meeting with TDs across Limerick in the lead up to Budget 2018 to highlight the need to reduce class sizes and address pay disparity between teachers, he added. “Investment in primary school education will pay in dividends in years to come without a shadow of a doubt.”