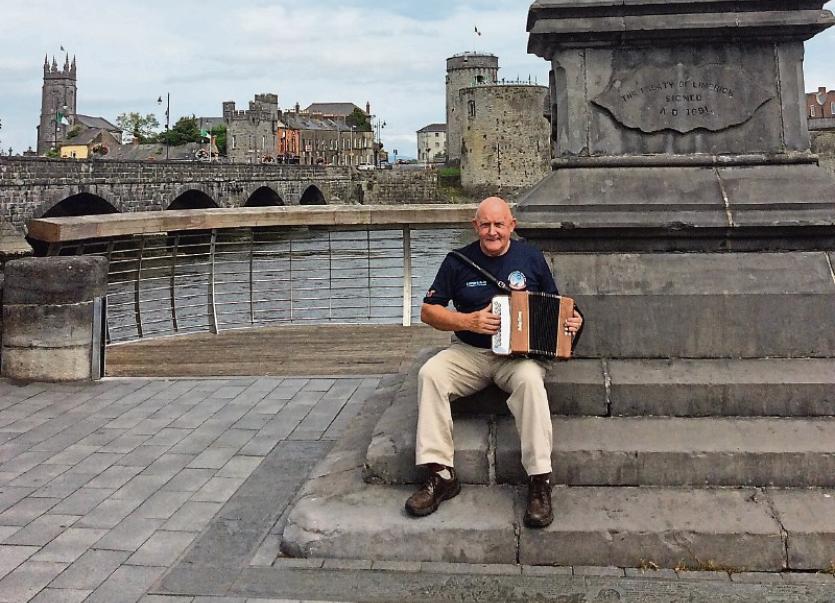 THE NEW Cathaoirleach of the Cultural SPC of Limerick City and County Council wants to bring the “world’s largest celebration of Irish music, language, song and dance” to Limerick.

Cllr Kieran O’Hanlon has invited Labhrás Ó Murchú, Ardstiúrthóir of Comhaltas Ceoltóirí Éireann, to Limerick to "kickstart the conversation" about bringing Fleadh Cheoil na hÉireann to Limerick in the future.

“I believe it would attract thousands of visitors to the city and county providing these visitors with unforgettable experiences of a place well steeped in the tradition of music, song and dance,” Cllr O’Hanlon said.

“The long term benefit of a large scale event like the Fleadh would help in the branding of Limerick as a tourist destination and continue to build on our reputation as a place of culture,” he added.

“Limerick has demonstrated its passion and dedication in celebrating music, song and dance through festivals such as Fleadh by the Feale, Garry McMahon Singing Weekend, Fleadh Cheoil Luimní, the Blas Summer School as well as the weekly classes held in the Limerick Comhaltas branches around city and county.”

“I will be establishing a working group led by Limerick City and County Council, to explore the potential of hosting this important national event in Limerick.”

The University of Limerick, local branches of Comhaltas, Limerick Chamber of Commerce, Shannon Region Conference and Sports Bureau will also be part of these discussions, Cllr O’Hanlon added.