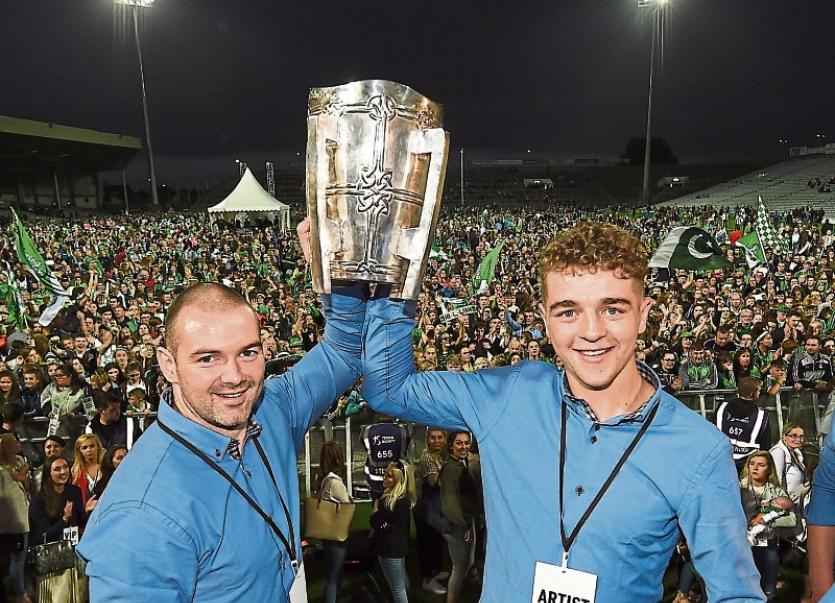 EXCITEMENT is rising in Knockaderry in anticipation of the Liam MacCarthy Cup arriving into the village this Sunday at 3pm.

And local hero, Tom Condon, can expect to be cheered to the heavens when,  flanked by many of his teammates, he raises the cup from the platform that is being specially erected for the occasion.

For the people of Knockaderry and Clouncagh, it will be a day to remember, a piece of parish history to be savoured as there is a very special sense of pride in welcoming the first man from the parish and the club to bring home an All-Ireland Senior Hurling medal.

Sunday’s historic homecoming will add hugely to what was already planned to be a full, fun-filled weekend for the whole community.

The Knockaderry Autumn Fair is being organised by the local community council as a get together for friends, neighbours and families. But the fair, run over a number of days, will also help raise funds to carry out refurbishment works at the Knockaderry Resource Centre.

“We got a grant of €49,000 under the Town and Village Renewal Scheme,” explained Sean Liston, an officer on the community council. But they need to add to this to cover the cost of the ambitious list of improvements they have undertaken. This list includes renewing the lighting and sound system in the centre, refurbishing the kitchen and reconfiguring outside areas as well as carrying out extensive repairs to the dance floor. Funds are also needed for ongoing maintenance of the centre and its smaller, sister centre in Clouncagh.

The weekend kicks off this Thursday when the GAA celebrates 21 years of its weekly draw with extra prizes to be won. Then on Friday, the Battle of the Townlands takes place, a pub quiz which will set townland against townland for the title of Brainiest Locality.  But, said Mr Liston: “Townlands from outside the parish are also welcome to enter.” On Saturday, teams of mums and dads will tog off for a fun hurling match where the commentary by Mike Mortell and Seamus Meehan will provide a lot of laughs.

Sunday however will be the big day, kicking off at 2pm in the Resource Centre and adjoining church grounds. There will be entertainment for children including  face painting, a kiddies kart obstacle course and stalls including home-baked goods. A big ball-drop raffle is expected to be a big attraction, and football fans will be able to watch  the All-Ireland Football Final There will also be a free, dancing event, followed by traditional music. A band will play from 6pm onwards.

But undoubtedly, the main attraction of the day will be the Limerick Hurlers and the Liam MacCarthy Cup. “We have been told to expect from 3pm to 3.30pm,” Tom Sheehy, said but he urged people to come early.