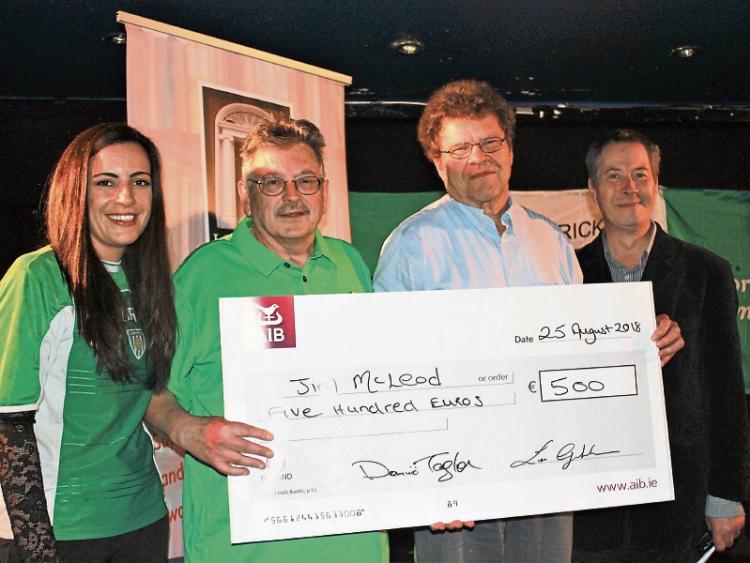 LIMERICKS took up lodgings Upstairs at Dolans over the weekend, as over 30 masters of the five-line poems took part in a unique competition.

The venue was packed for the fifth annual Bring your Limericks to Limerick contest, organised by Dominic Taylor and the Limerick Writers’ Centre.

People came from near and far to offer humorous takes on politics, hurling, and societal issues – all with fun at heart.

The lord of the limericks this year was Florida native Jim McLeod, who walked away with the first prize of €500.

Antique and fine art dealer Jim came to Limerick 25 years ago following a ‘house swap’ and has remained here ever since, now based in Monaleen Heights, Castletroy.

Jim said he doesn’t normally write limericks, but broke the habit having spotted a poster advertising Bring your Limericks to Limerick.

His winning limerick was titled ‘The Stable Genius’, a reference to how American president Donald Trump referred to himself.

A president famed for his spite

Tweeted "I am outstandingly bright.

I'd be perfectly able

To muck out any stable.

Because I am a genius at shite."

Jim pledged that if Mr Trump remained in office when the 2019 Bring your Limericks to Limerick contest happens, he will write again about the controversial businessman.

The pen is, indeed, mightier than the sword!