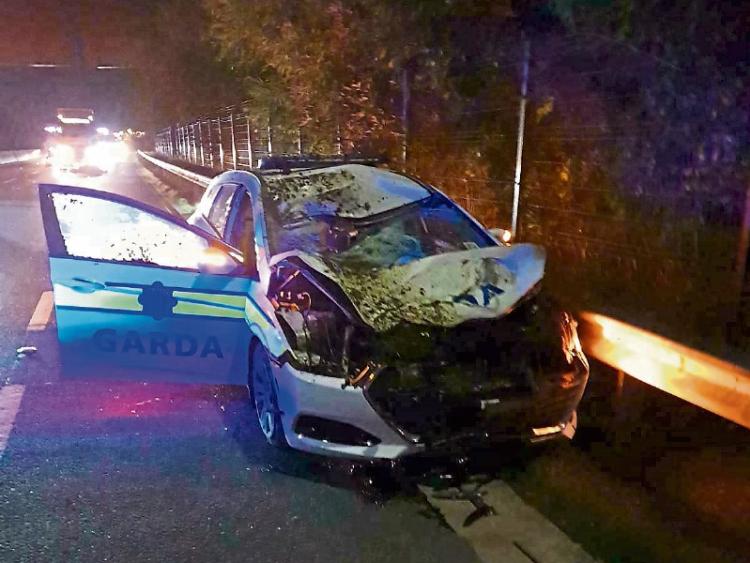 Scene of car crash on N18 on Tuesday morning

TWO GARDAI were hospitalised after their vehicle was struck by a runaway horse in Limerick city in the early hours of Tuesday morning.

The incident occurred at 4.30am this Tuesday, while gardai were attending an incident on the N18, between the Limerick Tunnel and the Roxboro Road junction.

According to a spokesperson for An Garda Siochana, a runaway horse struck their patrol car and was killed instantly. 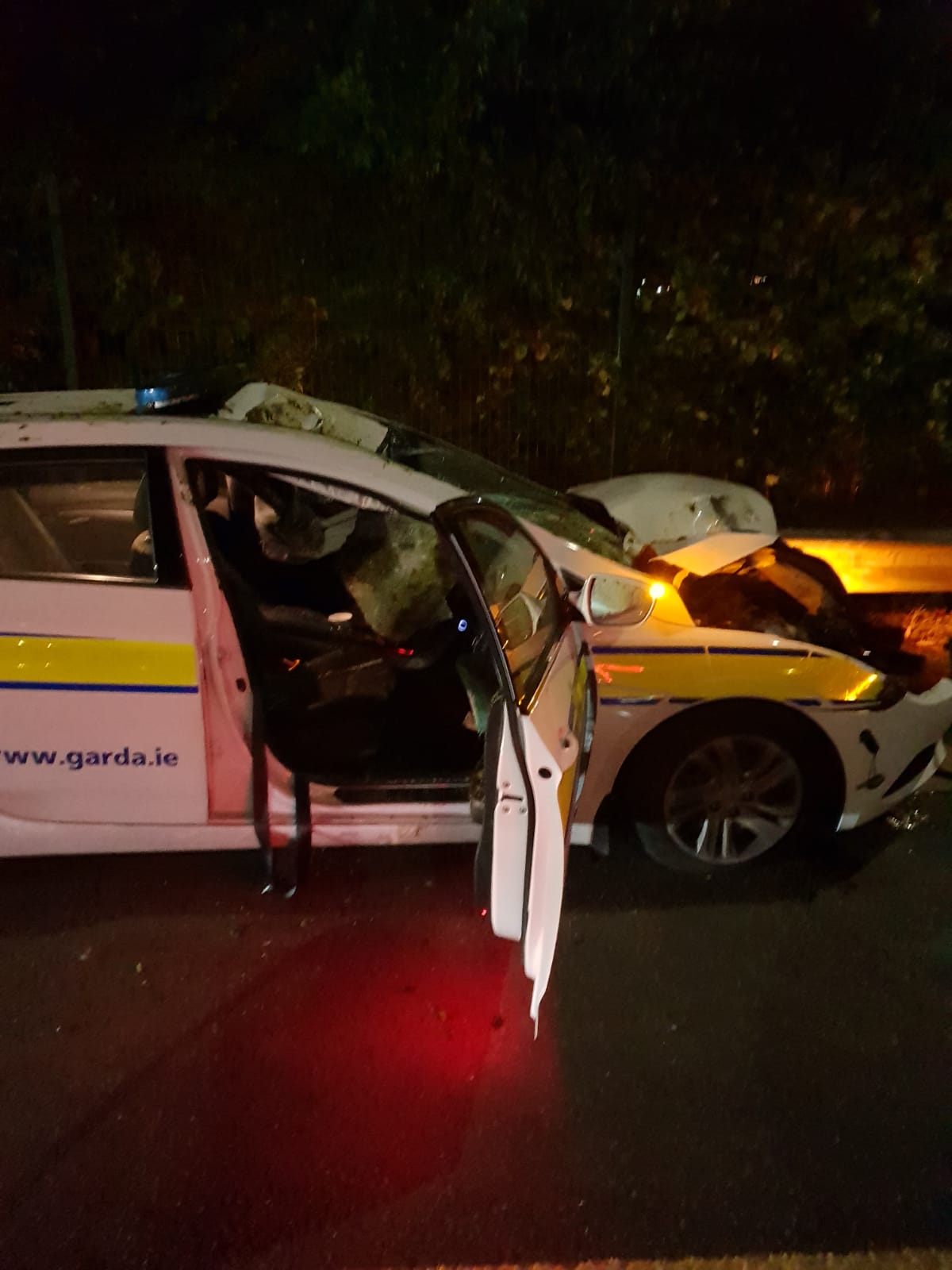 The car carrying the two gardai suffered significant damage to the bonnet, roof and windows.

“The two gardai who were traveling in the car were taken to University Hospital Limerick with minor injuries.”

HIDDEN DANGERS: Speedy recovery to the two Garda members from Roxboro Road station in Limerick whom were injured by two loose horses. One of our colleagues remains in hospital with a broken arm and head wounds. The job of the Frontline is hugely unpredictable. We thank you. pic.twitter.com/YY0bg9nhib