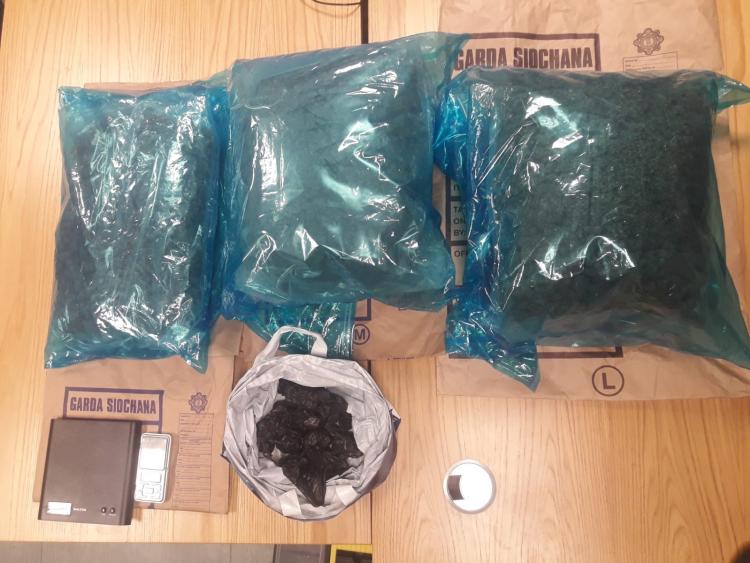 Drugs worth €150,000 have been seized by gardaí in Limerick Picture: Garda Press Office

A MAN has been arrested by gardaí following the seizure of drugs worth €150,000 at a house in Limerick.

The Limerick Divisional Drugs Unit, assisted by the Garda Armed Support Unit, made the seizure following a search of a house at Colbert Park, Janesboro on Sunday.

A 56 year-old man was arrested at the scene.

He is currently being detained at Henry Street Garda Station under Section 2 of the Criminal Justice (Drug Trafficking) Act 1996.