Restored Limerick hedge school cottage is a labour of love 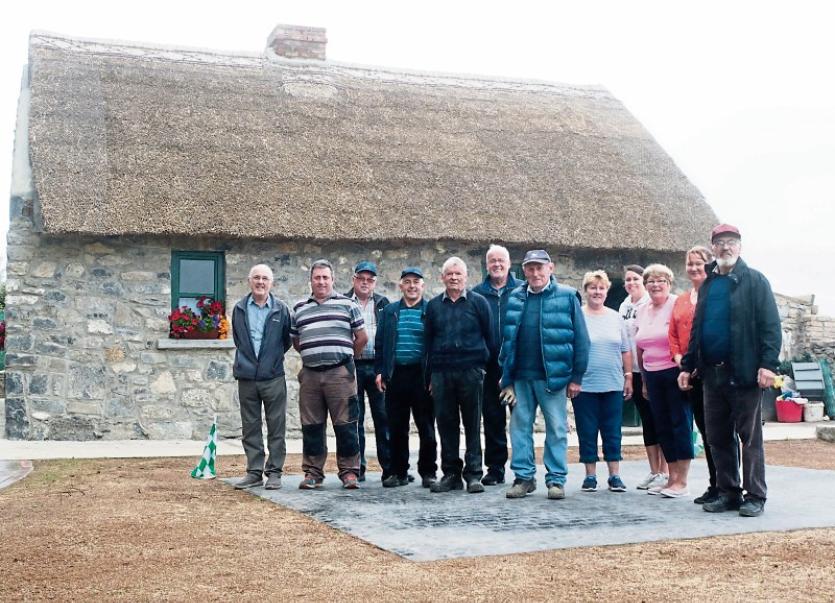 Men and women of the Newtown Cottage Association who rolled up their sleeves and used their talent to reconstruct a hedge school in Clarina Picture: Michael Cowhey

WE COULD all learn a thing or two from the Newtown Cottage Association who built a hedge school.

They didn’t get one penny in grants but they had a wealth of knowledge and work ethic. That will be celebrated at 1pm on Sunday, September 2 with the official opening of the hedge school cottage and a family fun day.

Jim O’Farrell said the reconstructed cottage is the culmination of two years' work undertaken by a local team on a voluntary basis.

“The cottage will be home to heritage material from the local area and it is intended that it will be a focal point for community events. The site includes an open boathouse and a small platform area for performance,” said Jim.

In 2015, the association wanted to commemorate fisherman on the Shannon because of the EU regulations which meant that all fishing stopped in the lower Shannon.

“We wanted to put up a memorial to the fisherman so we erected a monument,” said Jim.

They then acquired a site across from that location.

“It was the remains of an old hedge school built circa 1750. Two years a group of us got together and said let’s start working on this. It was the community coming together – young and old, men and women. When we went in there all we had was nettles and stones and the bare outline of the cottage.

“We started clearing the site, all on a voluntary capacity and anybody who had a talent gave that for free. We had a stonemason and local thatcher,” said Jim. In a lovely touch around 20 volunteers who worked on the project collected the reed for the thatch on the river bank.  Jim praises everyone who got involved and thanked their thatcher, Tom Roberts; stonemason, Jimmy Guerin and Peter Byrnes, clerk of works. There is also a landscaped garden.

“It was all done voluntarily. We didn’t get one penny from anybody,” said Jim.

Michael McNamara and Ted O’Leary are the curators of the inside of the cottage and it will be filled with old photographs of fishermen and ornaments and implements from a time gone by.

All are welcome to Newtown, Clarina at 1pm on Sunday, September 2 for the launch and family fun day.