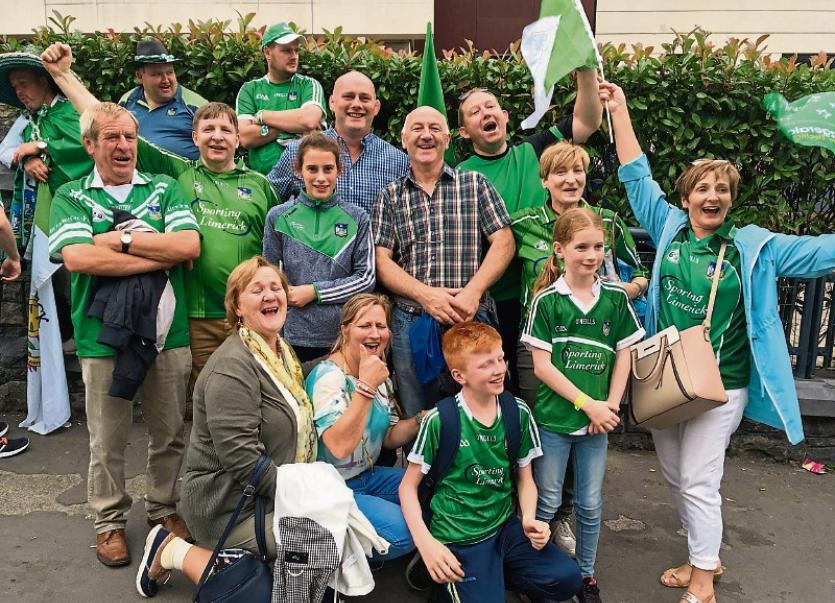 CAPPAMORE Show was like a mini Croke Park on Saturday as every second person was decked out in green and white.

A sense of expectation hung high in the air, just like the clouds which often parted for the sun to beat down. This year it was sun screen not umbrellas that were needed. In 2017, wellingtons were a must but you could have walked barefoot in Ballyvoreen without getting a bit of mud on your baby toes.

The fine day was reflected with a fine crowd. Actually it was more than fine – it was record breaking.

“It was far in excess of the last few years. We’re mighty happy. It is one thing to have a big attendance but far more important is the feedback was all very positive. Everybody enjoyed themselves. The fact that Limerick were in the All-Ireland the following day meant there was a jovial atmosphere - that really added to it as well,” said Paddy.

As well as the green jerseys and tops on display, Tom Flavin, executive chef, Limerick Strand Hotel, even made green pasta in his cookery demonstration. This was in the second year of the hugely successful Limerick Food Experience, which showcases the wide range of local food producers. There were also All-Ireland final muffins and one of the winning cakes in the bakery section had green and white icing and was adorned by edible hurlers.

Paddy said the show is renowned as an occasion where people meet up on annual basis.

“It is where families return to their homeland, where they were born and reared,” he said.

This is epitomised by Mairead McMorrow and 14-year-old son Darragh, picturedv above right. Mairead is originally from Portnard, Cappamore but left for the capital in 1988.

“I spent 12 years in Dublin and we’re in Kilkenny 18 years but I’ve never missed a show. You have to support your own,” smiled Mairead. Their gorgeous German Shepherd, Snowy was entered in a number of classes in the dog show. Mairead’s niece, Emma Gleeson, 10, from Portnard, put forward her friendly Jack Russell, Marley.

Emma was wearing her Limerick top as was Eva Maher, from Mongfune, Murroe. Another common trait was Jack Russells as Eva had her dog, Ruby primed for the competition.

Eva, aged 18, who has just finished her Leaving Cert, had a very fetching neckerchief on Ruby.

“I bought it in a township in South Africa. I was over there with a group from Newport RFC,” said Eva. All the way from Cape Town to Cappamore Show.

It was Brian Sugrue’s first Cappamore Show as superintendent of the Bruff Garda District. He especially requested the Garda Mounted Unit bring their beautiful horses down from Phoenix Park. They really added to the gravitas of the day.

“I’m delighted they came down. They have proved a big attraction,” said Supt Sugure, as yet another family posed for a pic with the 17 hands high animals. It was brilliant foresight by Supt Sugrue as they were close by for Monday’s open top bus parade for the triumphant Limerick hurlers!

Everywhere to be seen was the over 120 hard-working committee and many volunteers. And it wasn’t just on the day. They were out setting everything up on the days in advance and picking up litter and restoring the showgrounds to farm land after.

Mayor of the City and County of Limerick, James Collins summed it up perfectly when he said: “This is what we are, we’re Limerick people, we’re country people, we come together, old friendships are renewed and most of all it is a social occasion.”