VANDALS have targeted the iconic ‘eye-pop’ mural in Limerick city for the second time in a month.

In late July, a vandal wrote on the Nicholas Street mural: “This is ugly, no consultation”, which was later repaired.

This week, vandals did significant damage to a large section of the mural with black spray paint—an act condemned by Limerick’s two mayors.

The eyes, nose and left cheek of the face have almost been completely covered in the black spray paint.

He told the Leader that the owner of the building, John Fitzgerald, has arranged to repair the damaged work of art.

“The Eye Scream mural is iconic. Owner John Fitzgerald (pictured below with Mayor) has told me it is here to stay. In fact, I believe we should have more of them. We should have a trail of murals depcting Limerick’s characters and stories throughout the city. 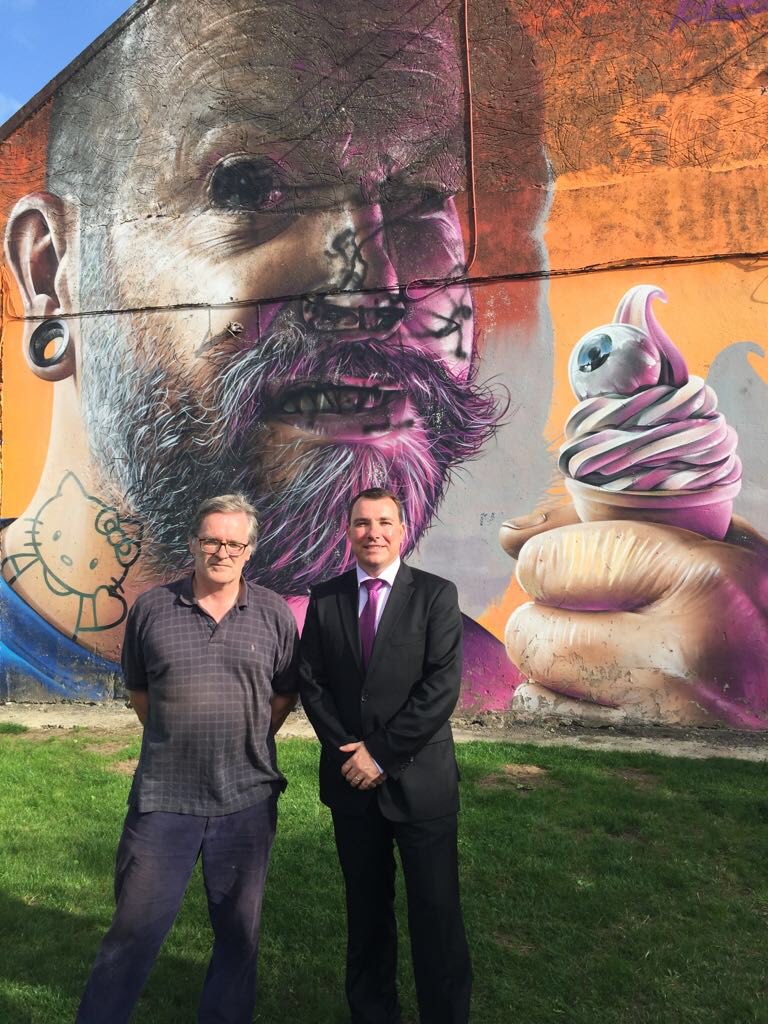 “I met John Fitzgerald there yesterday, He has somebody arranged to fix it up. He also intends putting up a sign explaining how the mural came to be there and what it is about.”

Metropolitan mayor, Cllr Daniel Butler said he was “totally disgusted and appalled” by the recent act of vandalism.

“It is a valued resource in the city amongst the public. For someone to go to this level of effort to cause that level of damage, really at this stage, can only make one feel angry and disappointed. 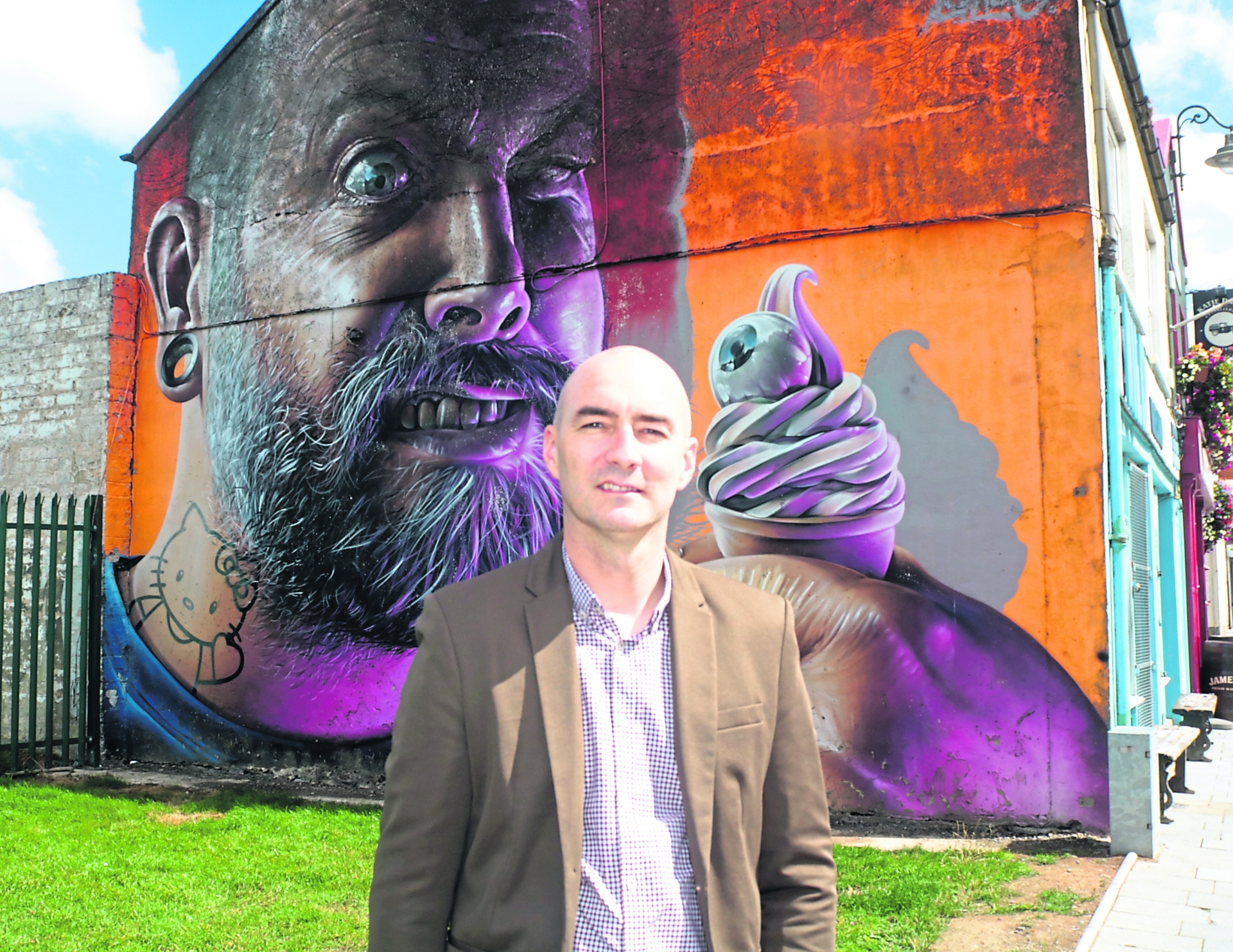 “As mayor of the city, I know how much this means to people. The people outcry and support for it was absolutely incredible. So to see this now is so disappointing.”

He praised Mr Fitzgerald and said that he is going to meet with him in the near future to explore how the mural can be preserved on a long-term basis.