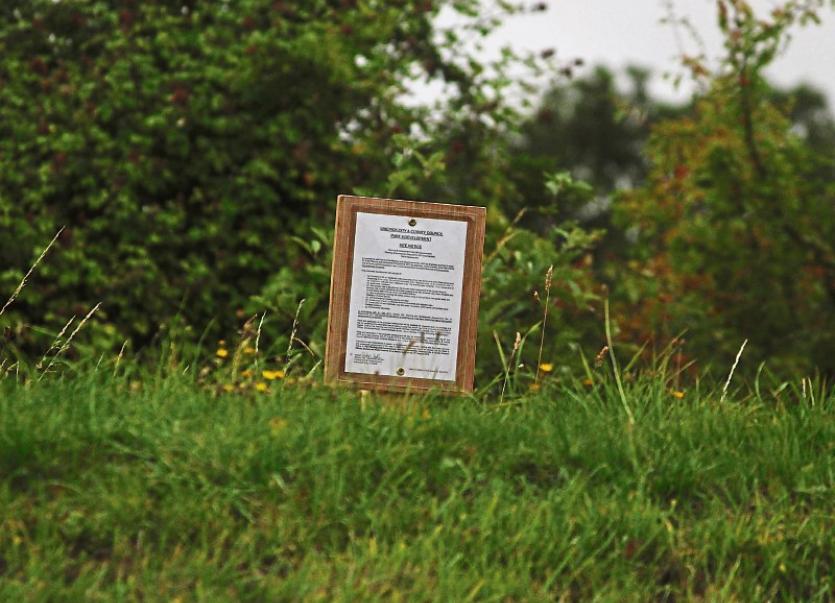 The site off the Condell Road, where controversial plans for 43 new social houses are in place

THERE have been more than 50 submissions made to planners over the controversial plans to build a new social housing estate in Limerick city.

As revealed by the Limerick Leader, local authority bosses have earmarked a green space off the Condell Road to build 43 residential units.

These will comprise of 23 two-storey units and a three-storey block comprising of 20 homes.

New access points will also be constructed from the Condell Road.

But various groups of people have expressed concerns, most notably the Clonmacken Residents Association. As of this Tuesday, 52 submissions had been received, with a large number of objections to the plan.

Local activist Pat O’Neill, who represents the local residents group said: “Anti-social behaviour will be promoted along the river walk, and this will cause local people not to use this amenity, so it will be taken away from us.”

“This site is too inadequate for a housing development of any nature, as it stands on a flood plain, no proper flood defences have been installed along the Condell Road and stats will tell us that when the River Shannon breaks its banks, this causes the closure of the Condell Road leaving this site isolated,” he said.

Mr O’Neill also argued the homes will struggle to get insurance, and there are no amenities within walking distance, with the nearest church, school and library around three kilometres away.

Local TD Willie O’Dea added: “People have no problem at all with the integration policy whereby if you live in a private estate, 10% of the homes need to be social. That’s perfectly alright. But we are facing a whole new scenario which would impact on people’s lives. They would just turn the area into a concrete jungle.”

A decision on the proposal is due at the end of the month – although realistically, it’s more likely councillors will decide at the next monthly meeting in September.