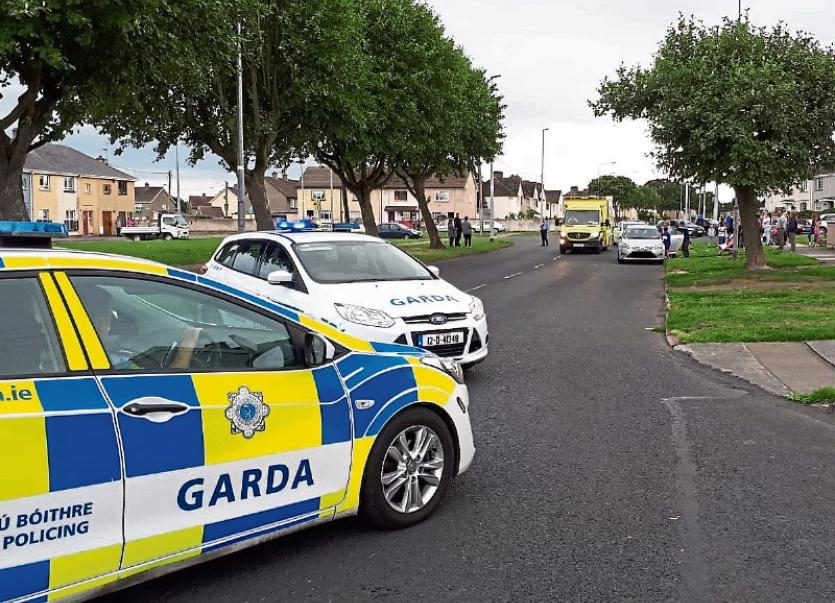 The scene of the accident at the Hyde Road

A CHILD has been taken to hospital following a road accident in Limerick City this evening.

The accident took place near the Hyde Rangers soccer club’s grounds at the Hyde Road.

Emergency services are at the scene of the incident, which took place just after six o’clock this Wednesday evening.

Hyde Road has been closed off following the incident, while large crowds have gathered at the scene.

It’s understood the child was struck by a car. The injuries sustained are unclear – an ambulance attended the incident, but has since departed.

Gardai at Roxboro Road are investigating the incident, and can be contacted at 061-214340.