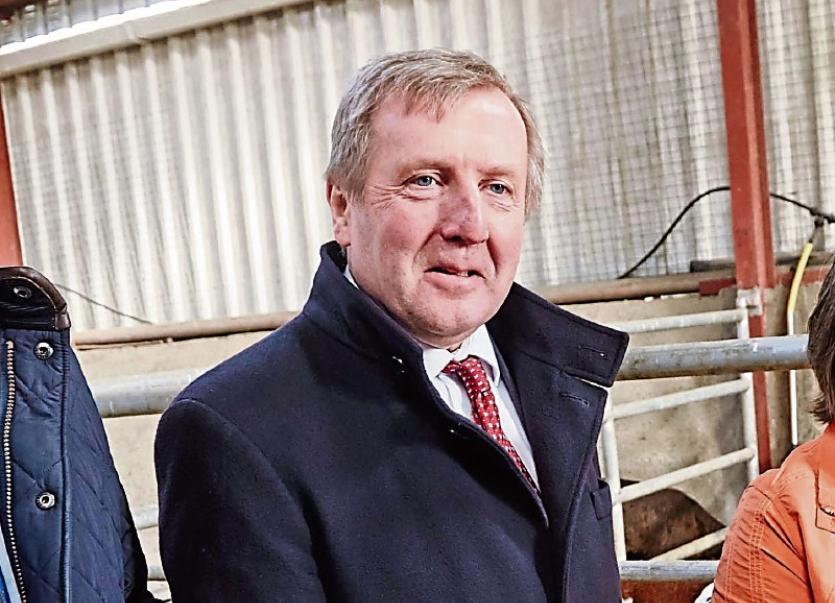 Minister Michael Creed will be one of the guest speakers

THERE IS something seriously wrong when an agricultural show is hosting a forum on fodder and mental wellbeing in the middle of August.

But that is what is happening at Cappamore Show on Saturday, August 18. Paddy Ryan “Luke”, show secretary, said it is a community event and they are based in a rural area.

“A big number of our community would be of farming stock. Anything we can do to alleviate the hardship of our fellow man I feel it is incumbent upon us to assist them,” said Mr Ryan.

The forum on fodder and mental wellbeing begins at 2pm. The show committee, Teagasc, Dairygold and farming organisations are behind the venture.

The excellent line-up includes – Minister for Agriculture Michael Creed, Dairygold CEO Jim Woulfe, from Ardagh, and former Ireland and Munster great Tony Buckley, who has publicly discussed his battle with depression. It will be chaired by Limerick IFA chairman, Shay Galvin. Joe Healy, IFA president, is also expected to attend.

Mr Ryan said they will all speak and then there will be a question and answer session. He says the attendance of Minister Creed elevates the status of the show.

“You have x amount of shows throughout the country and any one of them would feel privileged to accommodate the visit of a minister,” he said.

Unfortunately it won’t be a day full of shaking hands, smiling and posing for photos.

“It is serious at the moment. It is hard for us as individuals at the moment to fully appreciate it. I was at a mart up the country a few days ago. When you go to a mart there is usually a buzz. People are looking at cattle, comparing prices etc. Somebody is saying, ‘I thought it would make more’ or whatever but it was pretty depressing.

“There were some cattle there that were sold for giveaway money. Some went out of the ring without a bid.  I was visualising those farmers who brought cattle to the mart. Some of them brought cattle to offload the pressure on their fodder, others might have brought cattle to sell them to pay a bill. The money they were getting wouldn’t pay for a bag of sugar. It was pretty reflective of the mood that is out there,” said Mr Ryan.

It all stems from the winter that started in September – almost 12 months ago.

“That prolonged and expensive winter extended up to May. People were clapping their hands then and saying, ‘It is behind us’. Then you go from one extreme to another – drought. They harvested silage and afterwards said, ‘We’ll get a good second cut’ to build up the fodder reserves. That is questionable now. People are feeding the first cut. In addition, dairy farmers, in particular, have had huge expenses.

“This is the time of the year to build up a reserve of fodder and a reserve of cash. They are eating through both. With the labour shortages farmers are under physical and mental pressure,” said Mr Ryan.

Senator Kieran O’Donnell said he spoke to his Fine Gael colleague to invite him and said Minister Creed was very keen to come to Cappamore.

“He regards this forum as a very worthwhile initiative. He wants to hear from farmers on the ground about the fodder situation and the stresses they are facing on a daily basis.

“Minister Creed coming to Cappamore sends out a strong statement that the Government is taking their views on board and they will be addressed. I want to commend Cappamore Show for this fodder forum,” said Senator O’Donnell, who also praised Teagasc, Dairygold, farming organisations and Kilteely farmer Robert Holmes.

Mr Ryan invited all farmers to the forum at 2pm on the main stage.

“This is an opportunity to talk about the situation. Farming can be a very lonely and demoralising. There is a problem out there but a problem shared is a problem halved,” said Mr Ryan.