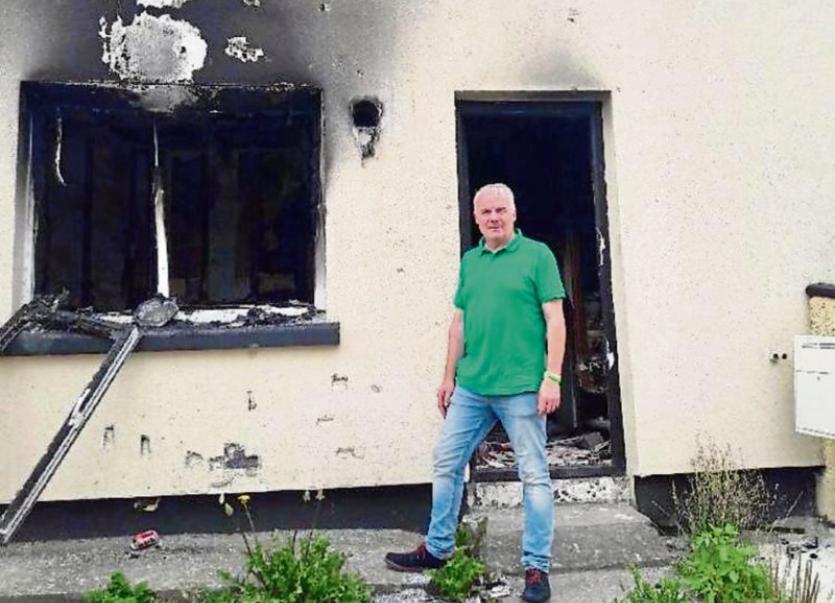 A RECENT spate of fires at derelict houses in St Marys Park has been condemned as “mindless acts of vandalism and thuggery’ by a local councillor who has called for immediate action before someone is injured or killed.

Following fires throug- hout the summer at vacant dwellings scheduled for demolition as part of the Regeneration Programme, Sinn Fein councillor John Costelloe has called for the sites to be secured and demolished as soon as possible.

“Thankfully there have been no casualties to date, but, I have no doubt that if such anti-community behaviour continues we may well be looking at the a strong possibility of injury or fatality,” Councillor Costelloe said.

“St Marys Park is a wonderful community,” he added.

“The residents take great pride in the area and it is a shame that such a small anti-community element causes such destruction and safety issues through their mindless acts of vandalism and thuggery.”

Those with information on the arson attacks must also assist the authorities, he added.

“I call on anyone with information relating to these incidents to make this detail available to the authorities so those involved are made to take responsibility for their delinquent behaviour,” stated the Sinn Fein councillor.

The vacant lots must be demolished as soon as possible, he added.

“​St Marys Park is part of the Regeneration area and some of these vacant dwellings are scheduled for demolition.”

“As a member of the Housing SPC and Regeneration committee I again call that immediate actions be taken regarding the demolition of thes vacant lots.”

“If this is not an immediate possibility, it is incumbent on the authorities to ensure that these sites are secure and not accessible to members of the public,” he added.

“Aside from the potential of arson, these sites present a health risk to those who enter them and the members of the public in the immediate vicinity of such sites.”