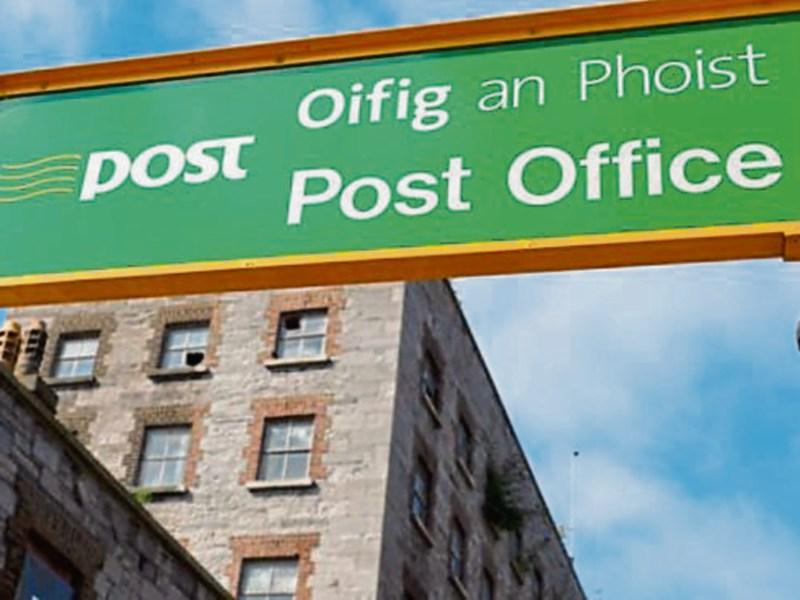 “I AM dreading the last week,” Knocklong postmistress Majella Ryan admitted this week when it emerged her post office is to close on August 31.

“I am dreading saying goodbye to my customers. It is part of my life for 37 years.

“It has been sometimes frightening but always rewarding,” added the woman who has survived three armed robberies. “I tell my customers I have been ducking bullets for 37 years,” she joked.

This package, worked out between An Post and Irish Postmasters Union last April, was offered to 390 small offices nationally and 18 in Limerick.

But, according to a list leaked to the media last week after the deadline for applications had passed,  just five offices in Limerick asked to avail of the deal: Knocklong, Kilbehenny, Dromkeen, Athea and Mungret.

However, that list may be incomplete as the Leader has learned of at least one other post office about to close.

Meanwhile, postmistress Mary McKenna, who began her working life in Dromkeen post office 50 years ago, does not yet know her fate.

She too applied for the package but looked for an extension of a number of years. This, she was told, was not possible. Now, she is hoping against hope that An Post will allow her to see the year out and to serve her customers at Christmas for the last time. But she is still waiting for a response from An Post.

“I don’t classify this as a job,” she said, explaining that she began on the switchboard in 1968 before taking over as postmistress from her mother 41 years ago.

“I have the nicest customers here,” she continued. “I am just mad about them and I do tell them I appreciate them.”

Friday is the big day at Dromkeen P.O. Ms McKenna explained. “It is just lovely. I leave chairs out in the yard and people sit down and have a chat. People here are so homely.”

Yet, while  business in small offices such as Dromkeen and others, has been on the decline the surprise may be that so few of the 18 targeted for closure in Limerick opted for the exit package.

Last week, Anna McHugh, a spokeswoman for An Post, declined a request for a full list of the post offices that will close in Limerick. The company, she explained the day after applications closed, needed to assess those applications in light of a commitment from An Post that no community of 500 would be left without an office and that every citizen would be within 15 kilometres of a post office. She also said that new post offices were likely to open.

Meanwhile, reports  Nick Rabbitts,  Mayor of Limerick City and County James Collins has highlighted the need for a continued service in Mungret. “There’s going to be huge need for continued use of a post office in Mungret, even more so when all the developments start,” he said

Fianna Fail’s Niall Collins has called on An Post to advertise for new operators where offices are to close, arguing that they have a public service obligation to fulfil. Unfortunately when a post office is lost to a town or a village, when it's gone, it's gone forever.

“It seems to be a crazy decision to close it down when all the development is coming very quickly,” he said.