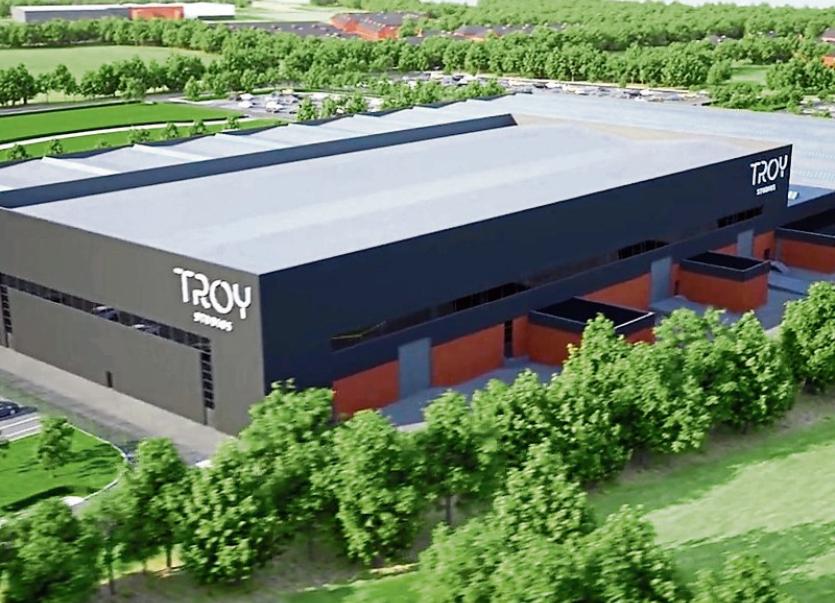 PLANS by Troy Studios to expand in Plassey could give the capacity for two productions to take place at once at the former Dell factory, it’s been claimed.

The Limerick Leader can reveal that management of the film studio – which hosted the NBC series Nightflyers – are seeking to increase the floor space.

A planning application due before Limerick City and County Council will seek permission for a new sound stage.

Alongside this, the plans provide for the demolition of the existing roof and structure to a part of the building previously used for storage, plus construction of a new roof at a higher level.

On top of this, three new workshops will be constructed.

The move has been hailed as “great news” by Mayor James Collins, who is a board member of Innovate Limerick, the council offshoot which purchased the facility and leased it to Troy for film production.

“At the moment, Troy are using just half of the building they have. But they want to be one of the biggest and best studios in Europe. This is the first part of this,” he said.

The reason for raising the ceiling, Mayor Collins said, is to allow for ‘green screen’ shots.

“They need to go up to 50 feet really. They need the height and depth when they are using the green screen in terms of movie production. There is even a possibility that you could have two productions there at the same time, both equivalent in scale to what has been happening with Nightflyers,” he said.

While post-production takes place on site at Troy at present, Mayor Collins said Innovate Limerick is looking to do this at its Engine building in Cecil Street.

He said: “What we’re looking to do through Innovate Limerick, through the Engine building, is to put a post-production facility in, so we can train people up in post-production, primarily in sound.”

The science-fiction drama series Nightflyers will premiere in the USA this autumn.

Produced by NBC Universal and Universal Cable productions, it will be shown on Netflix outside America.

On average, more than 300 people worked on set per day during the production of the thriller series.

The project is expected to create an economic spin-off of €70m in the local economy.

The council is expected to receive formal details of Troy’s expansion plans in next two weeks.