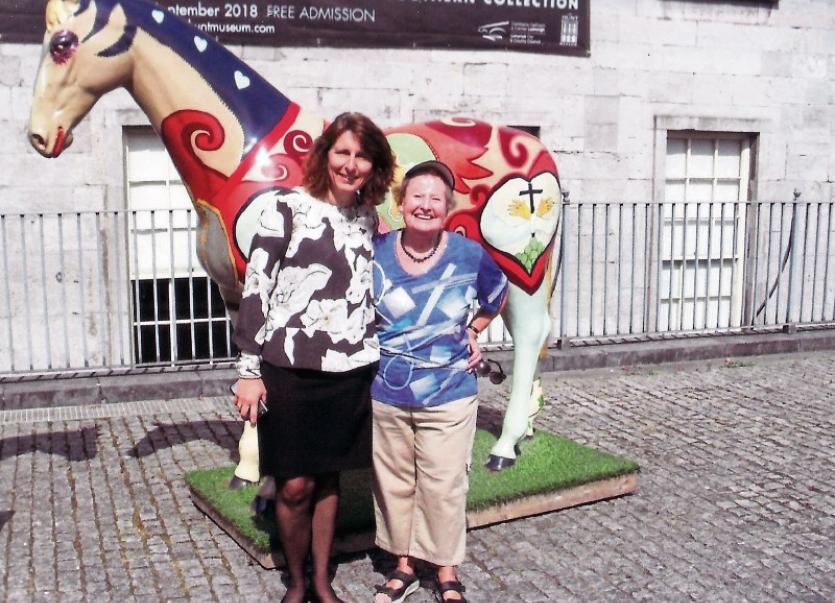 Ambassador Deike Potzel with Sigi Murrihy at the Hunt Museum

THE GERMAN Ambassador to Ireland, Deike Potzel, visited Limerick for two days in mid-July, and admired some of the developments in the city since her last visit in February.
The ambassador, from Berlin, is relatively newly-appointed having settled into her role this year.
She met with Sigi Murrihy,  a German native who has been living in Limerick for over 50 years.
Mrs Murrihy, a former tour guide pictured on the right with the ambassador outside the Hunt Museum, brought Ms Potzel on a walking tour.
“She loved the flowers around the city,” said Mrs Murrihy.
The ambassador visited companies and organisations with German links during her two-day trip to the Limerick region, including Kostal in Abbeyfeale, the Palatine museum in Rathkeale and Lufthansa Technik in Shannon.
She also viewed the new library at University of Limerick.