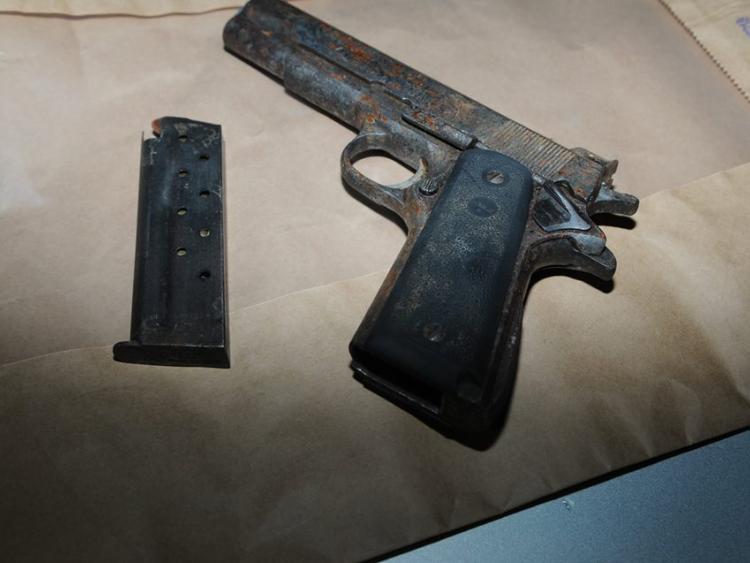 GARDAI targeting Limerick criminal gangs have arrested two men following the discovery of a loaded handgun in a car which was intercepted on Monday night.

As part of ongoing investigations targeting organised criminal gangs in the north and southside of Limerick city, Henry Street gardai have arrested two men in their two 20s.

Supported by the national unit, gardai went to intercept a silver saloon car in the Corbally area, shortly before midnight on Monday.

“A number of Garda vehicles were rammed when the driver tried to take evasive action. No persons were injured. A search of the vehicle was conducted and Gardaí recovered a semi-automatic Luger pistol, loaded with 10 rounds of ammunition,” a garda spokesperson said.

Both men, aged 25 and 29, were arrested at the secen and taken to Henry Street garda station.

They are currently detained pursuant to Section 30 of the Offences Against the State Act, 1939/98 as amended.