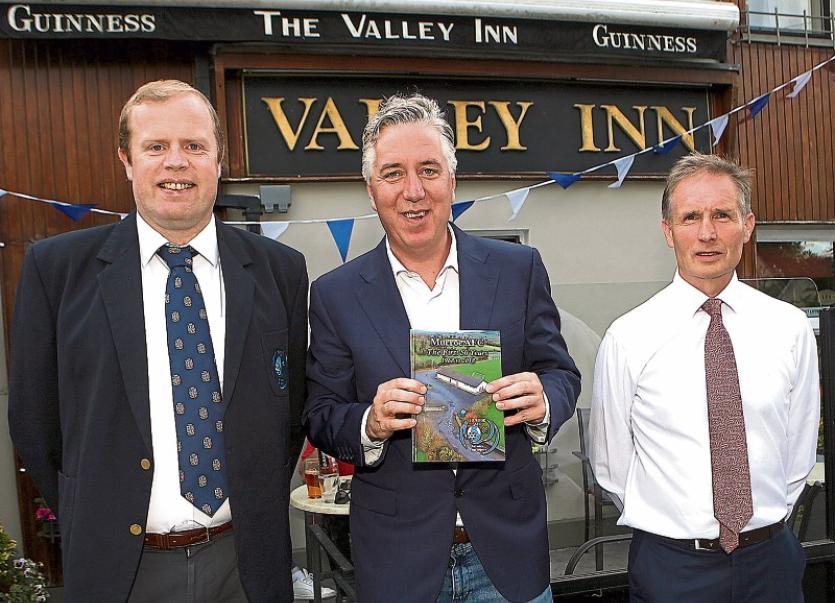 EAST Limerick has a special place in the hearts of those at the highest levels in the FAI.

Club PRO, Don O’Malley said they were delighted with the huge turnout to welcome none other than FAI CEO, John Delaney to the Valley Inn to launch the book.

“It was a great coup to secure the services of John Delaney and that only added to the air of excitement in the village in the build-up,” said Mr O’Malley.

Club chairman, Jimmy Quinn thanked all those involved in the production of the book for their hard work. It was a labour of love for a sub-committee of six, said founding chairman, Eddie Quinlan, who was joined by Don O’Malley, Declan Maguire, Martin Holmes, Dick Bourke and Davy Holmes. Over the past 11 months they gathered photos, researched results, typed up articles and more.

The club came from very humble beginnings in 1968, said Mr Quinlan. The first team of himself, Ger Canning, Martin Holmes, Mike Kett, PJ O’Shea, Willie Quigley, and Patsy O’Brien took the field in the then seven-a-side Rearcross tournament. From there, over a number of years and loosely run tournaments, Murroe AFC eventually joined the Limerick District League in 1978, and its been onwards and upwards ever since, with the A team currently competing in Division 1A.

Mr Delaney spoke of being “in awe” of the pioneers of soccer in Ireland, men like Mr Quinlan, who organised clubs way back in the 60s and 70s and put in the foundations for what is in place today in a village like Murroe – three men’s teams, ladies team, numerous underage teams, two pitches, excellent facilities, and all paid for to boot.

Mr Delaney then officially launched the book and made presentations to the surviving members of the very first team - Mr Quinlan, Mr Holmes, Mr Canning, Mr O’Shea, Mr Kett. Presentations were also made to the family of the late Willie Quigley – James Quigley, and of the late Patsy O’Brien – Bridget and PJ O’Brien.

Mr O’Malley paid tribute to all of the club’s sponsors, supporters and friends over the years, and in particular to the hosts for the evening, the Valley Inn, who have been supporting the club for many, many years. A presentation was also made by Mr Delaney to Darragh Ryan, proprietor of the Valley Inn.

The book is available from outlets in Murroe, Spar, English’s shop, and the Valley Inn, priced at €15. See page 18 of L2 for more.