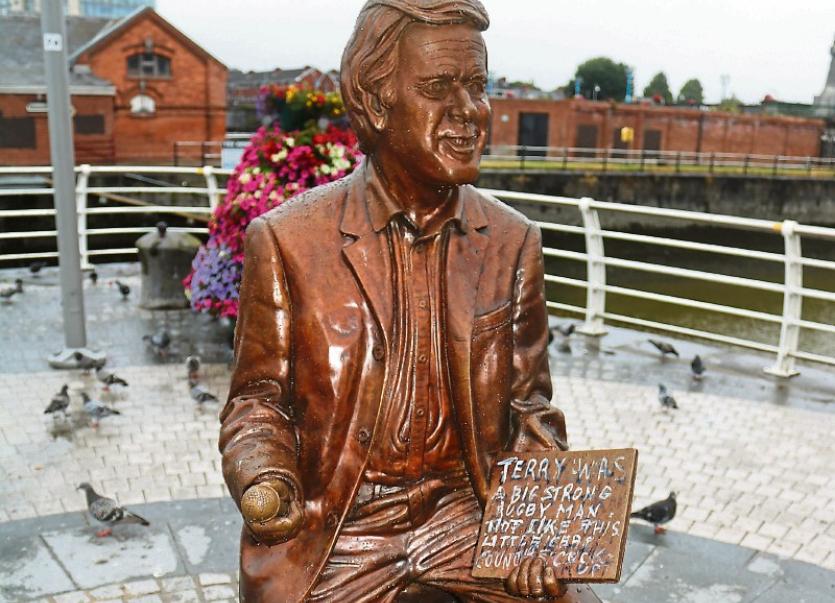 The grafitti on the Terry Wogan statue Picture: Michael Cowhey

LIMERICK City and County Council has confirmed a formal complaint is to be made to gardai after a bronze statue of Terry Wogan was defaced by vandals.

Graffiti which appears to have been written in both black and white ink reads: “Terry was a big strong rugby man not like this little chap” before labeling the statue as a “cock up”. 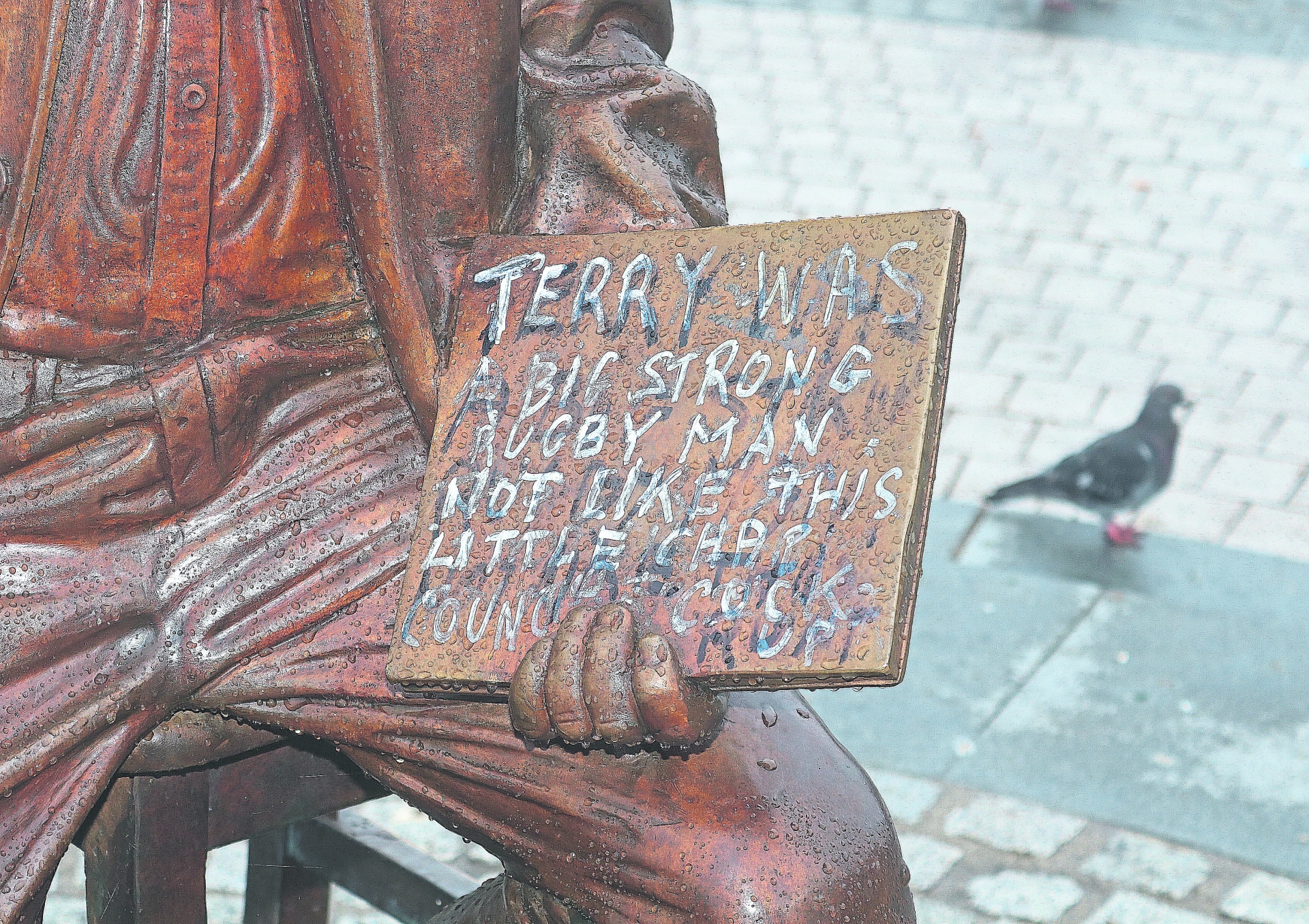 The bronze statue, which is located at Harvey’s Quay, was unveiled by former Mayor Kieran O’Hanlon in June of last year.

The graffiti which was written in clear capital letters is located on the book which is being held by the Freeman of Limerick.

It’s not known when the statue was defaced but it’s believed to have happened within the last fortnight.

Given the neatness of the writing and the content it is suspected the graffiti was a deliberate act by an individual who has an issue with Limerick City and County Council.

A spokesperson for the local authority confirmed it is aware of the matter and that it is “in the process” of making a formal complaint to gardai relating to the criminal damage.

The Mayor of the Metropolitan District, Cllr Daniel Butler, said the graffiti appears to have been premeditated  and that those responsible chose to deface the statue at a time when they were unlikely to be seen or apprehended.

He added  that it may have taken the culprits some time to write the message.

While there has been criticism of those responsible on social media, Cllr Butler says moaning after the fact will not help apprehend the person or persons who are responsible.

“The only way to stop this kind of behaviour is to go to the guards who can take the appropriate action,” he said.

Referring to the spate of recent graffiti incidents at locations in the city, Cllr Butler says they have all occurred in public places.

“They have all happened in very public places so somebody must have seen these people,” he told the Limerick Leader.

Another location which has been targeted in recent weeks is  the mural of a man with the eyeball in his ice cream near King John’s Castle.

Gardai at Henry Street are expected to launch a formal investigation in the coming days.