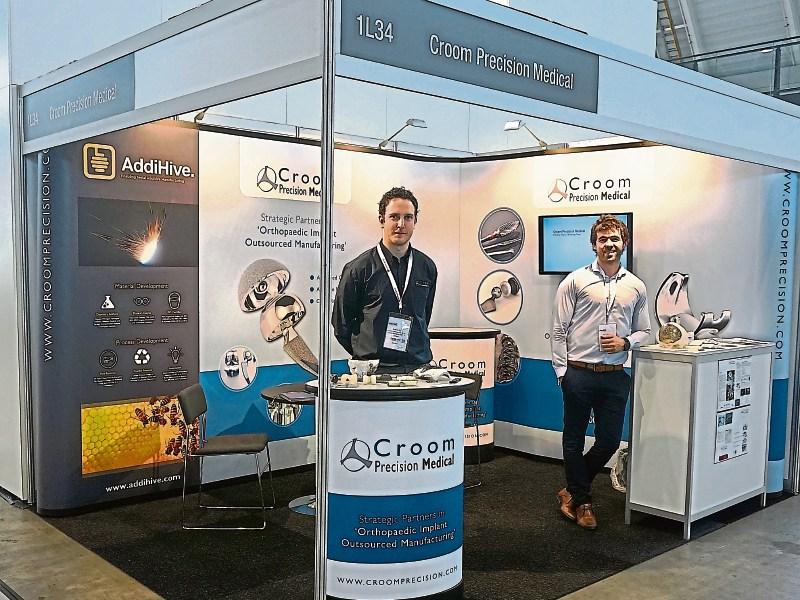 THERE IS a jobs boost coming to County Limerick with the news that Croom Precision is to create 18 new positions.

The news comes as the company was awarded with supply chain 21 status, at a two-day aviation and aerospace trade mission at Farnborough International Air Show.

The achievement builds on the team’s recent commitment to the aerospace sector, according to the Department of Business, Enterprise and Innovation.

Since achieving the “phenomenal” accolade of AS9100 regulatory approval in September 2017, the company has experienced rapid growth. It has participated in several trade missions to companies such as Airbus, Rolls Royce, Saffran and the South Carolina Chamber.

Croom Precision has invested over €2.8m in manufacturing equipment to meet growing demand.

Its research and development activities have won two advanced manufacturing awards in 3D metal printing, where its team has been recognised on an international level.

Minister of State in the Department of Finance, Patrick O’Donovan TD, said that the jobs announcement is “great news”.

“I know from speaking to my colleague Minister Pat Breen that the Farnborough Air Show is one of the premier air shows and allows companies to showcase their new products and innovations to the industry.

“The aviation sector sustains around 42,000 jobs in Ireland, and here in the Mid-West, due to our closeness to Shannon Airport, together with our network of third level institutions, we are ideally situated to see further jobs being created in the sector like those that Croom Precision have been able to announce.”