MEP hits back at Limerick's Patrick O'Donovan over port comments 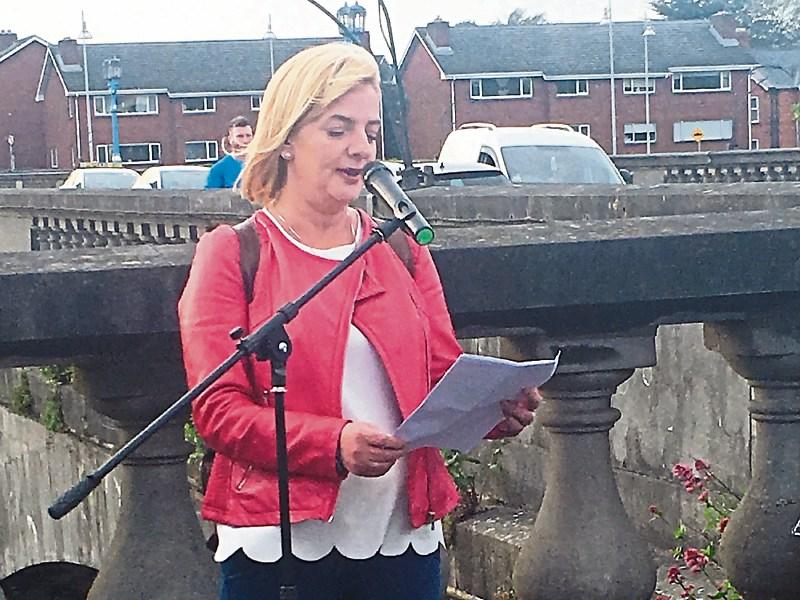 IRELAND South MEP Liadh Ní Riada has hit back at Minister of State Patrick O’Donovan, after he criticised her for supporting a maritime cluster in Cork and neighbouring ports.

Limerick TD O’Donovan, Fine Gael, accused Ms Ní Riada of forgetting about Limerick, which is in her constituency, given that Foynes port is one of the deepest ports in Ireland.

The Sinn Fein MEP said she was “slightly bewildered” by his comments.

“He seems to think that my support for a maritime cluster in Cork amounts to some sort of attack on Limerick.

“Of course, this is demonstrable nonsense, in fact in giving my support to the project I specified that such a development would not just be to the benefit of Cork but would draw in all the ports in the Ireland South region,” added the MEP, who is herself from Cork.

“Practically every port in my constituency would benefit from such a development. I'm very proud to represent the people of Limerick in Europe and would stand over my record for both the city and the county.

“In fact in a recent document I produced on the effects of Brexit on Limerick I outlined the need for recognition of the ports of Limerick and Shannon Foynes as strategic transport nodes under the TEN-T programme as one of my priorities for the region,” said Ms Ní Riada.

She also highlighted her work in other areas in Limerick.

“Just a few weeks ago I brought a major international education conference to LIT and tomorrow I will be back in the city for a series of meetings on everything from pollution to housing.

“I have been a regular visitor to the county to meet with rural communities that have been denied vital funding due to the needless and deliberately confusing changes Fine Gael have made to the LEADER programme,” she said.

“Frankly, I think the Minister's time would be better spent trying to address the myriad issues his government has allowed to fester in Limerick and across the country rather than trying to distract from his own failures by attempting to foment some sort of ridiculous Cork/Limerick rivalry,” she continued.

“I have always done my best to represent all the people of Ireland South and will not be distracted from that by childish attempts at fabricating an inter-county dispute. The people of Limerick, Cork and Ireland deserve better.”