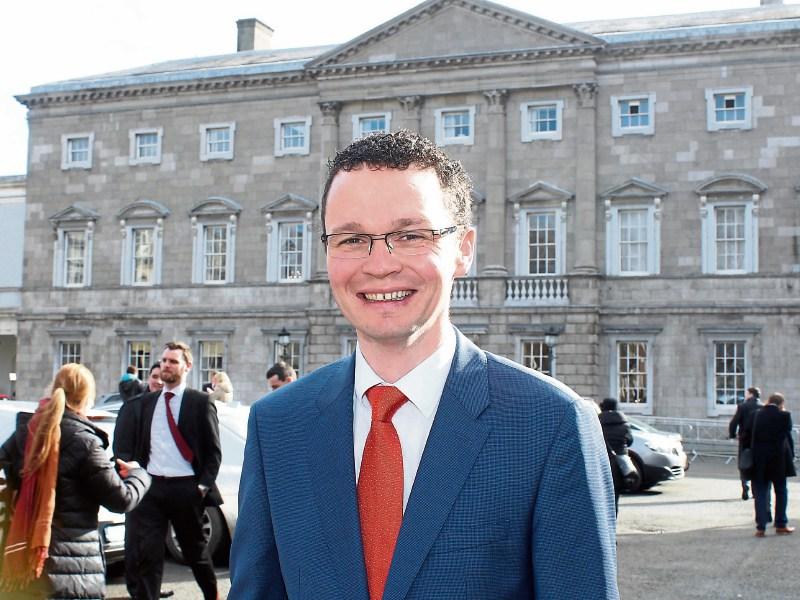 MINISTER of State Patrick O’Donovan has criticised MEP Liadh Ní Riada after she backed Cork port and a number of other south of Ireland ports to be developed as a marine cluster while “failing to mention” any of the ports in Limerick, despite it being in her constituency.

Fine Gael’s Mr O’Donovan is also calling on Limerick’s Sinn Fein representatives to clarify their positions on the future development of the ports at Foynes and Limerick.

“This is very alarming given the importance of Shannon Foynes as a critical port of national importance, something which the MEP is clearly not aware of.

“I believe that the MEP’s comments shows a clear lack of understanding of the ports policy. More importantly for Limerick’s ports, it showed a complete lack of knowledge of the status of the ports of Limerick and Foynes, their plans and the potential of the Shannon Estuary to contribute to the national economy and to regional development,” he continued.

“Shannon Foynes is one of the deepest ports in Ireland, it carries the largest tonnage of bulk cargo in the State and it has shown itself in its development plans to be one of the most ambitious ports in the country. The last thing we need is policy proposals been made up on the hoof,” said the Minister of State.

Mr O’Donovan went on to mention the State’s plans to support the port, including the Foynes to Limerick road and the National Planning Framework.

“Anything that will undermine the future of our ports will be very damaging to Limerick city and county. That is why I believe it is important now that Sinn Fein representatives in Limerick clearly state their support for the Shannon Foynes Port Company and the Government policies which are very clear on how Limerick’s ports will continue to develop and create jobs for people in Limerick.”