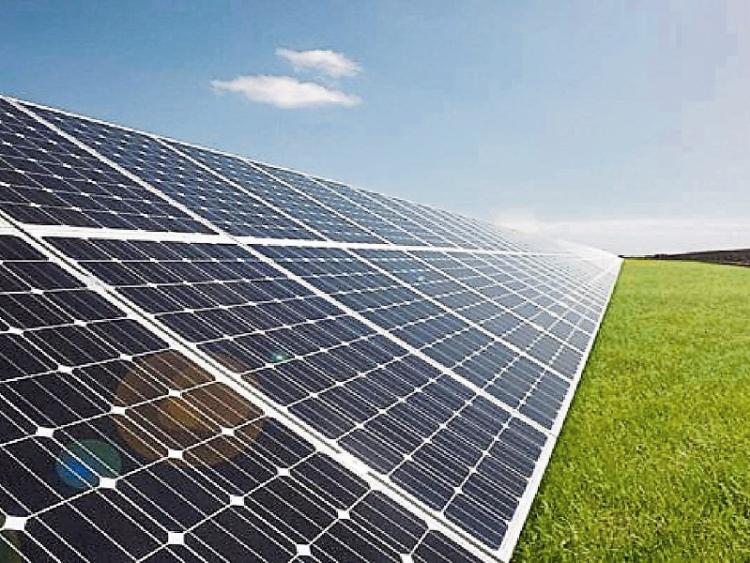 PLANNING permission has been granted for a major 18-hectare solar farm in West Limerick, which will contain over 30,000 solar panels.

The plans will see a solar farm being built at Ballynash (Bishop), around three kilometres outside Foynes to the south west, on agricultural land.

The proposed solar facility will provide enough electricity for over 1,800 average homes a year. This translates to approximately 9,139,000 kWh annually, according to the company’s application.

And the energy produced by the solar farm in Foynes will be sold into the national grid.

The land on which the development will be built, a ‘single large field’, is currently used for the open grazing of livestock. A landowner wrote to the council giving permission for the company to apply for planning on his site.

The Engie group claims to be the “largest independent power producer in the world”, and has a portfolio of facilities dealing in electricity and natural gas in places like Chile, Belgium, Italy and North America

The same company also has planning permission for a solar farm in Cappamore.

At the Foynes development, the company estimates that it will install 30,400 solar panels at a height of no more than 2.5 metres.

Cabins and a substation are also included in the planning application, as well as drainage, a security fence around the site, CCTV cameras and access tracks.

The development is likely to result in some local jobs during the construction phase.

The solar farm will have a lifespan of 30 years, after which time everything will be removed and the ground restored to normal, according to Engie.

They can now build the facility within the next 10 years, and must remove it after 25 years.

Permission was given subject to 25 conditions.

One of them requires under to the Planning Act that the company gives a contribution to the council of €155,100 to contribute towards public infrastructure for the local area.

Last year, a planning application was submitted for a larger, 163-acre solar farm on separate lands near Askeaton and Foynes, which would produce enough energy for 8,700 homes annually.

The decision on that Solas Éireann development is expected to be released next month.