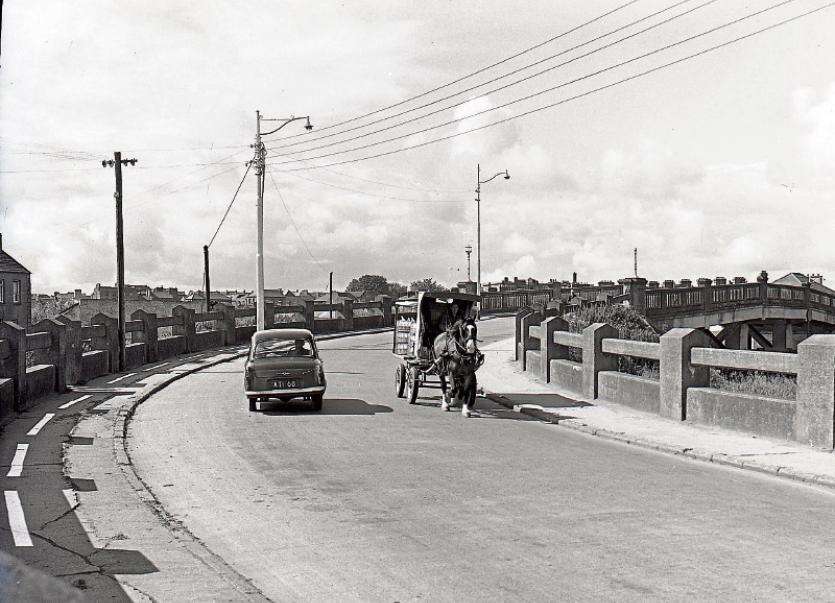 This photograph of the new O'Dwyer Bridge was taken by the staff photographer at the Leader in August 1960. Below, the old Park Bridge

THE bridge connecting Limerick city centre and Corbally is a unique structure as it was constructed mostly with concrete.

When the bridge was being built from 1929 to 1931, concrete was plentiful in the city, following the completion of the Ardnacrusha Hydro-electric plant.

The original bridge that connected Limerick city and Corbally was known as Park Bridge. It contacted at a sharp angle off Sir Harry’s Mall as Athlunkard Street was not constructed until 1824. 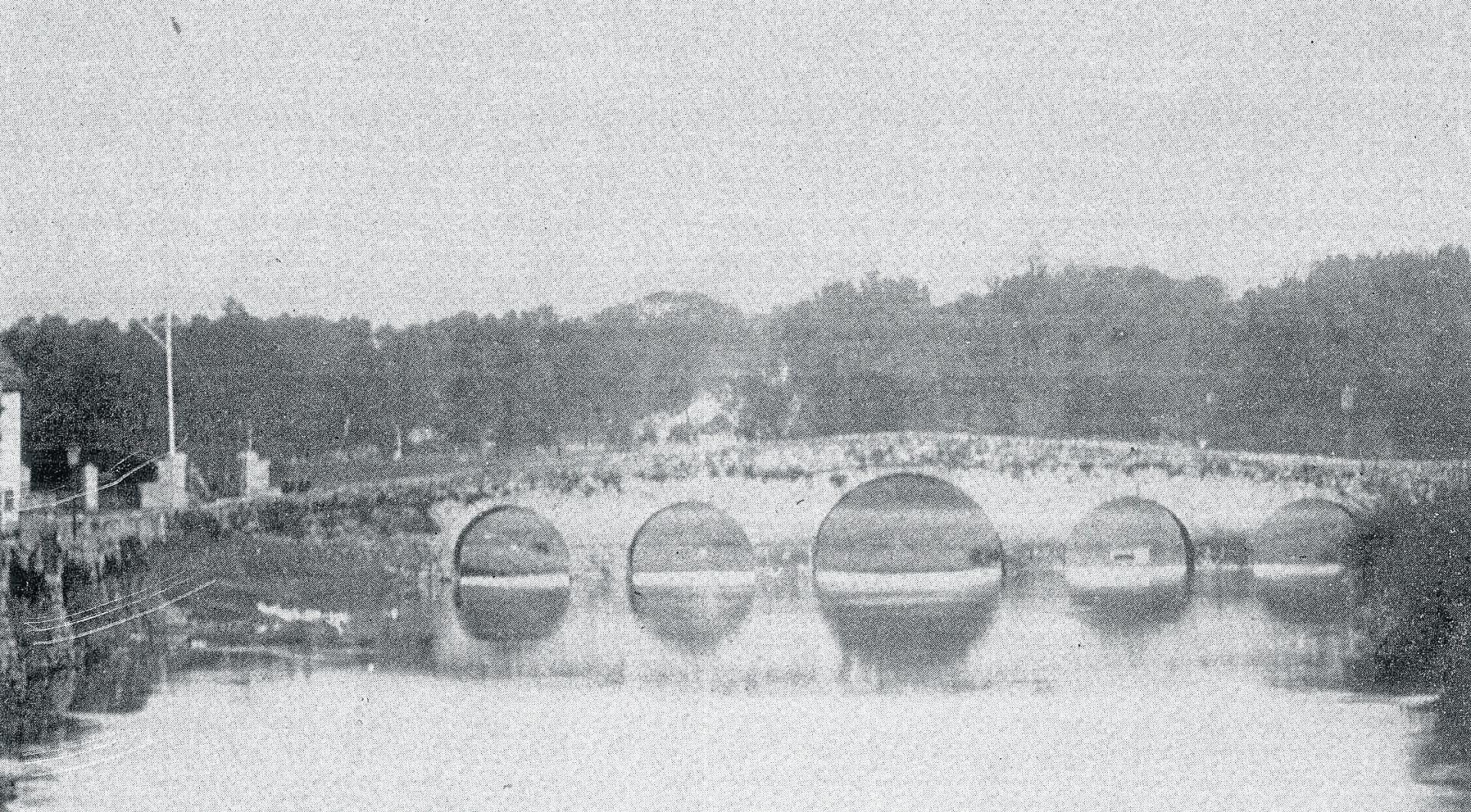 According to Kevin Hannan in an Old Limerick Journal article this bridge was built by the Vandeleur family in 1798. The Vandeleur family owned a mill in the area. The original bridge was on private property and as such, the leases in Corbally had a stipulation that if the Park Bridge should fall into disrepair they would receive a £2 abatement on their rents.

In 1830, a new bridge was built to connect Limerick and Clare over the Shannon River at what was to become the Corbally Road.

Although, Athlunkard Bridge was opened in 1830, there was a notice in the Chronicle on November 21, 1832, from the “Commissioners for erecting Athlunkard Bridge, and making approaches thereto are ready to receive proposals in writing for making a road from Park Bridge, over the Abbey River, to the new Road leading to Athlunkard Bridge, according to the plans and specifications to be seen at the office of their secretary, at the Commercial Buildings.”

As is common today there was an extension on receiving proposals for constructing this road.

On December 22, 1832 there was a notice in the Chronicle which read, “notice is hereby given that application will be made in the next Session of Parliament for leave to bring in a Bill to amend an Act passed in the 6th year of the reign of King George 4th… to enable the Commissioners mentioned in said Act, to remove the Bridge called Park Bridge, in the Parish of Saint Mary and City of Limerick, and to erect another Bridge over the Abbey River in stead thereof, and for other purposes. Dated this 14th December 1832. Matthew Barrington, solicitor for said Commissioners.”

It would take almost a hundred years from this notice for the Park Bridge to be replaced. This was despite further reports in the Chronicle on December 9, 1862 stating that the Board of Works should repair “the bridge of Park, which was the only supply to the Athlunkard Bridge, and if Park was cut off or shut up, they would receive no tolls. This bridge was now in a fearful state.”

Plans for a new bridge at the end of Athlunkard Street began in August 1930. It cost a total of £21,308 and over a year to complete. It was dedicated to Dr Edward Thomas O’Dwyer, born 1842 in Tipperary, he was consecrated Bishop of Limerick on 29 June 1886.

A plaque on the bridge reads, “This bridge is dedicated to the memory of the Most Rev.d Dr. E.T. O'Dwyer Bishop of Limerick (1886-1917) an honorary Freeman of the City in recognition of his great services to Church and Country A.D. 1931. Alderman Patrick Donnellan Mayor, J.J. Roughan Engineer, J.J. Peacocke City Surveyor, William M. Nolan Town Clerk.”

The Leader recorded on October 3, 1936, “the roads at Park, from O’Dwyer Bridge to the Canal, will be treated with water-bound macadam and tar-spray.” In 1938, the concrete railing was erected on the Corbally side of the bridge after several complains from local residents.

The previous railing was made of recycled railway sleepers and several of these had gone missing in the five years since the bridge was completed.