Limerick councillor wants increase in rangers at the People’s Park 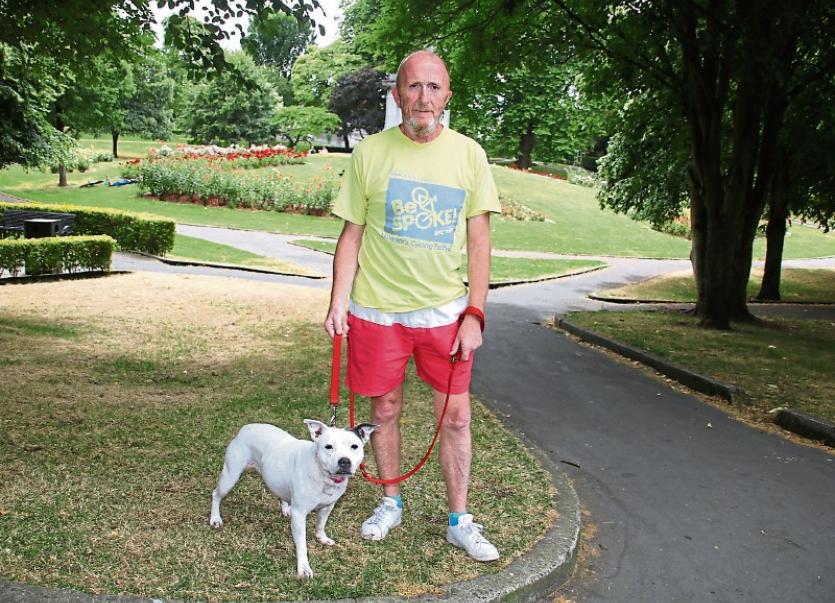 Cllr John Loftus, with his dog Daphne, who he walks every day through the People’s Park Picture: Adrian Butler

INDPENDENT councillor John Loftus has called for an increase in the number of rangers to shut down the People’s Park in Limerick at night-time.

Cllr Loftus, who lives in nearby Lord Edward Street, claims that once the park is closed, many people remain inside the locked gates “squatting” or causing mayhem.

“In the morning, people come to the park as soon as it opens, and we see people involved in anti-social behaviour​. They are drinking, taking drugs, and dealing drugs,” Cllr Loftus claimed.

The recent spate of warm weather has, the councillor says, seen homeless people sleeping in the park, as opposed to local shelters.

He said people should not leave their rubbish behind in the park if they do use it.

“The park is for the people. Even some people who use the park leave their rubbish behind, and I think it’s unbelievable, whether it’s a coke can, or a plastic bottle. If you appreciate the park, appreciate it for what it is – use it, don’t abuse it,” he said.

“I think it’s a disgrace. This is an oasis in the middle of the city. I love how the gardeners take care of it. It’s been here for hundreds of years. It was given to the people of the city. We should not abuse it," he concluded.

A spokesperson for Limerick City and County Council said that no-one has raised the issue of people sleeping in the park with them.

“The gates of the parks are closed at 9pm and patrons leave the park before they are closed,” the spokesperson added in a statement released upon request to this newspaper.

Limerick’s main public amenity, the People’s Park’s history can be traced back to 1835 and remains extremely popular.