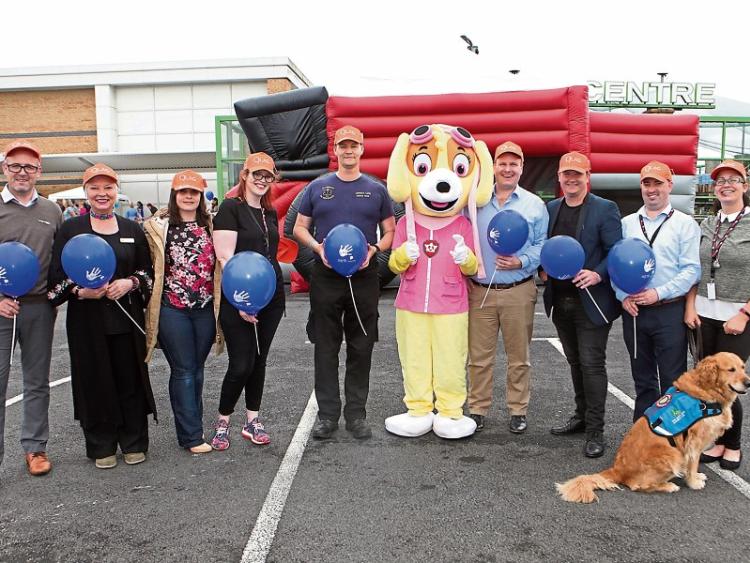 The staff of Parkway Retail Park and the Limerick Autism Group at the launch of the sensory-friendly retail park last month Picture: Dave Gaynor

A LIMERICK mother was moved to tears by the respectful treatment the staff at a city retail park provided for her son as part of a new autism and sensory-friendly initiative.

Nicola Meskell and her son Peter were overwhelmed by the new ASD (Autism) supported initiatives, launched by the Parkway Retail Park and the Limerick Autism Group in June - the first such initiative in the country.

“When your son’s finding the world around them a bit too much to handle they don’t need stares of ignorance and pity,” Nicola stated. “What they need is understanding and support to cope,” she added.

Peter has hyperacusis, meaning he possesses a heightened sensitivity to frequencies from everyday sounds.

High pitch noises such as bird songs, children crying and whistling put a strain on Peter and to protect from those sounds, he listens to white noise from his headphones to block out the frequencies.

On their trip to the retail park to purchase new headphones, the pair were greeted by the autism-friendly parking spaces that were implemented last month.

“I was surprised to come across an autism-friendly car parking space, something so helpful for children and adults with ASD,” she remarked.

The hospitality continued inside the shopping centre, where orange baseball caps to help both staff and shoppers with ASD were readily available for Peter.

“The staff member explained in a lovely manner how it highlights to all staff that this person may need a little more time, help and patience,” she explained.

Once Peter selected his headphones in Currys, he was discreetly guided to a sensory-friendly checkout to complete his purchase.

”I just stood back and watched Peter being treated with patience and respect and consideration of course at his point I was welling up,” she recalled.

The emotional mother commended the shops in the shopping centre as well as the local cinemas Peter frequents to for their efforts to ensure positive experiences for people with ASD.

While other establishments in the Limerick area do support ASD, Nicola encourages other businesses not make groundbreaking changes but, only acknowledge and understand the difficulties they face.

Parkway Retail Park has provided training to store staff and is to host monthly meetings with parents of children with autism and other sensory issues to seek further input from them.

Nicola believes that these simple acts of understanding are "breaking down the barriers of ignorance so fast it's heartwarming."

“It was a basic normal treatment of my son that brought me to tears, a treatment that we expect without question in our own lives,” Nicola stated.