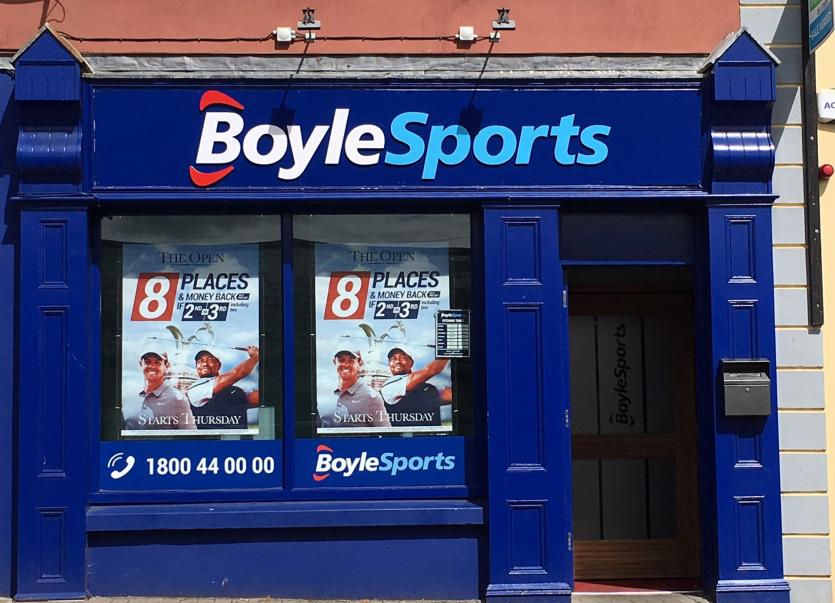 The incident occurred at Boylesports bookmaker in Patrickswell at 6.30pm on Sunday Picture: Press 22

GARDAI are investigating an armed robbery at a bookmaker in County Limerick, in which three men threatened staff with a suspected firearm and axes.

The incident occurred at Boylesports bookmaker in Patrickswell at 6.30pm on Sunday.

Gardai to told the Leader: “The incident occurred at approximately 6.30pm when three masked males entered the premises with a suspected firearm and two axes, they threatened staff and demanded money."

The three men left the premises with a sum of cash.

"A fourth man waited outside the premises in a blue car which is believed to be an Audi A3, partial reg 141 G."