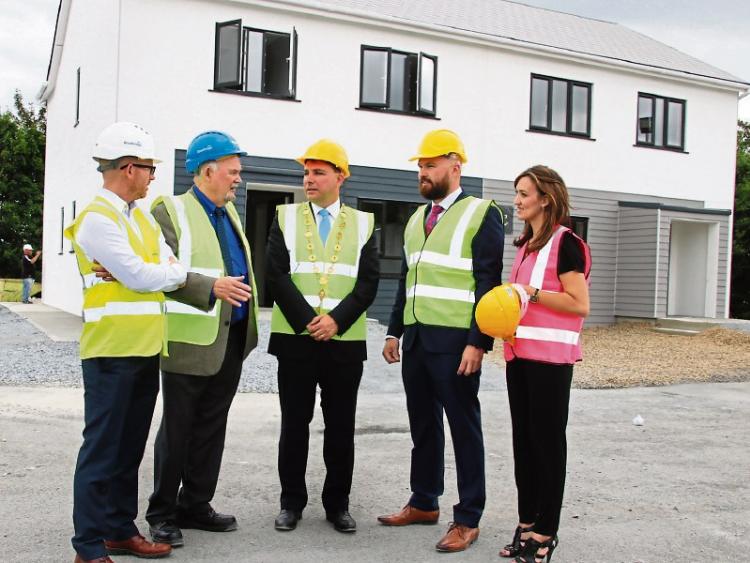 A COMPANY which says it can solve Limerick’s housing crisis by building timber-frame homes in less than three weeks, plans to employ 200 people at its new city factory.

“We will employ 50 people initially, and we plan to grow to 200 once the factory is operating at full capacity,” said Patrick Benn, one of the founders of Clenn Construction, which operates from a factory in the Galvone Industrial Estate in Limerick.

Two of Clenn Construction’s show houses were launched at their factory this Friday.

“It can take 18 months to build a house using traditional methods, we can build precision-engineered timber frame homes off-site in less than three weeks,” continued Mr Benn of the rapid build homes.

“It’s really new to the market which is why I did the show houses so that builders and the council can see for themselves and experience it. We’re not exclusive to work with anyone, we can do bungalows, police stations, schools you name it.”

The Housing Minister, Eoghan Murphy, has seen a presentation of the company’s work and they have  formally invited him to Limerick to see what they can offer to help Ireland’s housing crisis.

“We are reaching out to all the local authorities, beginning with Limerick City and County Council which has been in dialogue with us and our partners, Healy Architects and Punch Consultants, since we first made contact last year and offered to help the housing crisis here,” said Mr Benn who has returned from New York to live in Limerick.

“We promised Limerick City and County Council that we would give them the first crack at it, if they wanted to try to help solve the housing crisis. Limerick City and County Council is scheduled to build 3,000 homes over the next three years, we can do that in one year. At current capacity we can build 1,700 houses a year, but we are ready to scale up to meet the demand in Limerick and nationwide,” Mr Benn added. 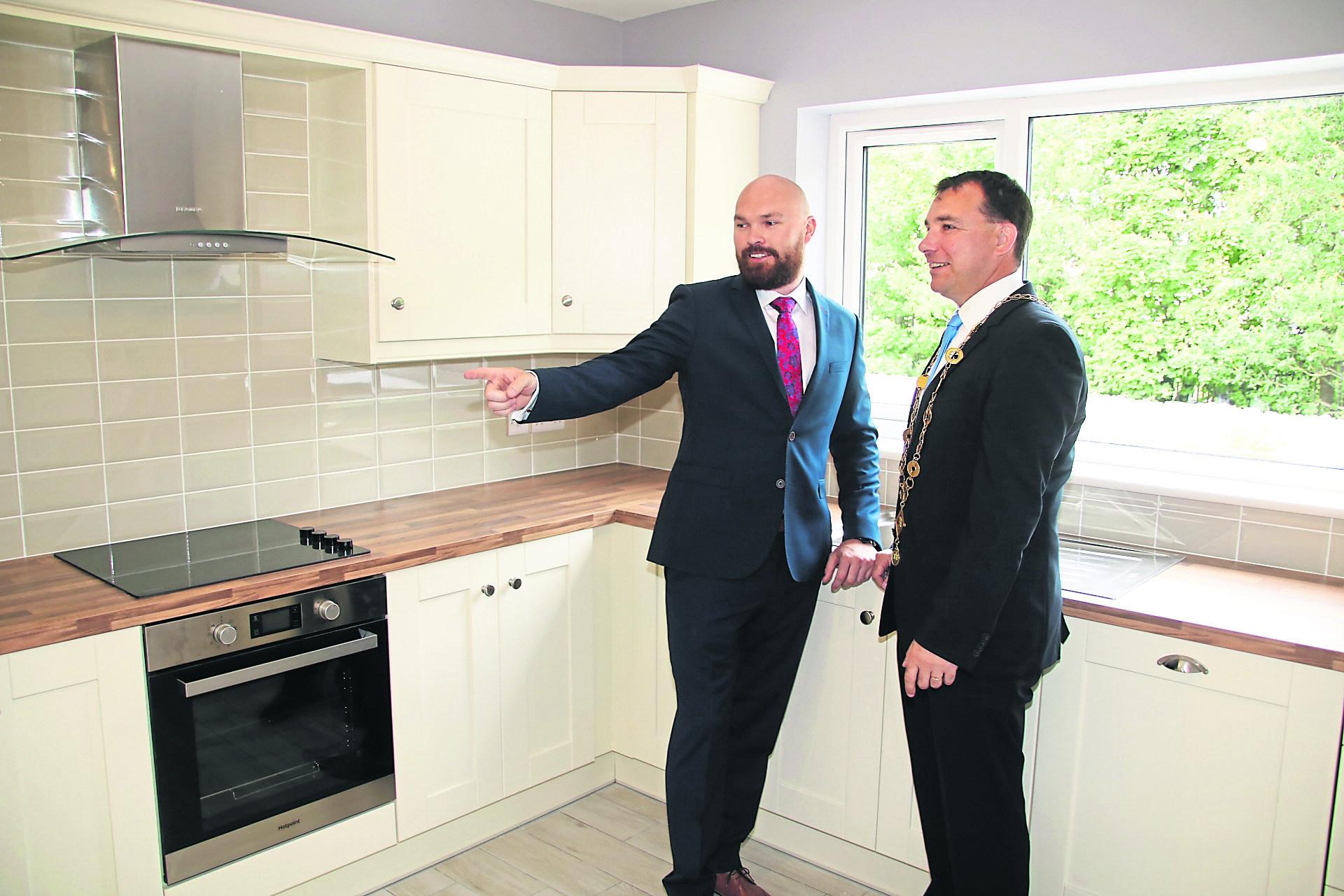 "We are in discussions about a pilot project. The Council is obviously willing to listen to any good ideas that can help us tackle our housing crisis - which is the single biggest social challenge facing Limerick and Ireland today." 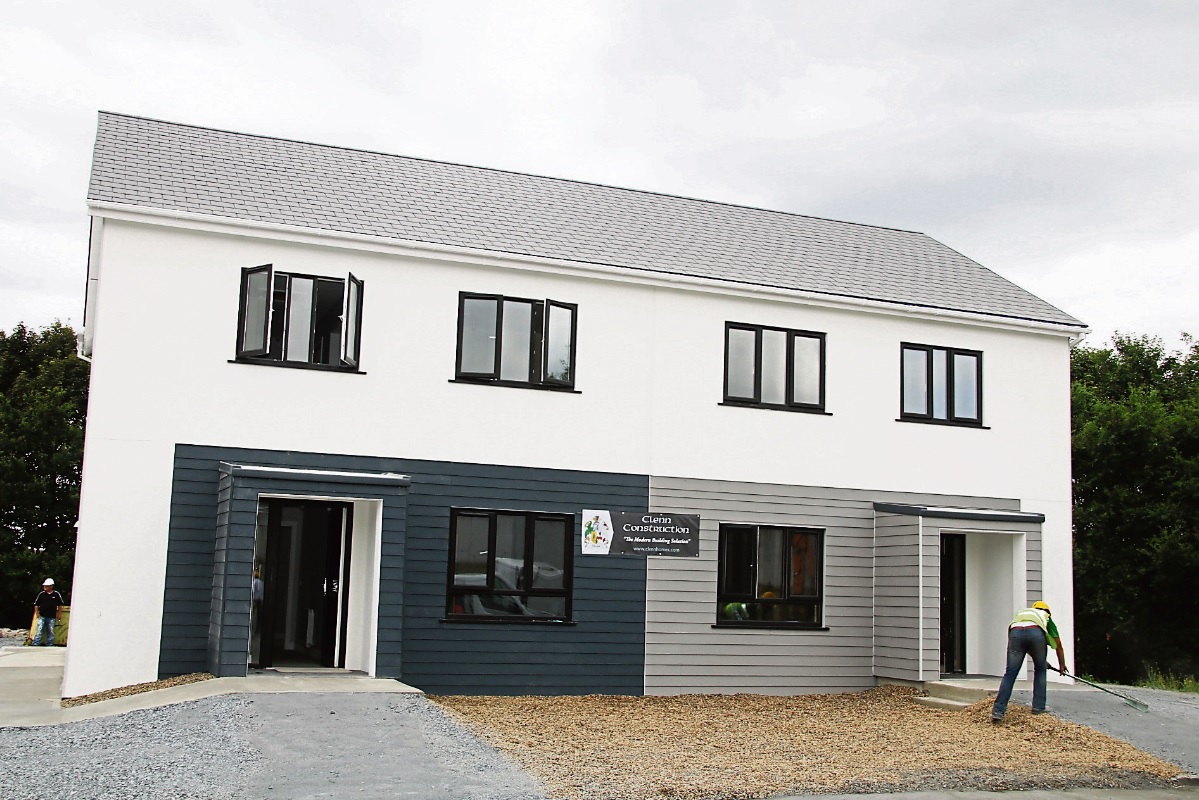 The company currently has 12 people training with them as part of the regeneration programme with Limerick Council.

“We are training people from Moyross and Southill and showing them every part of the trades and training them up hopefully to get full-time employment with us.”

The company builds the house in their factory as a series of timber-framed boxes.

"So, for example, a bathroom: everything for this is assembled in one box. Meanwhile, the concrete foundations have been laid for the house on site. Then the boxes are craned in, dropped onto the foundations, we bolt all the boxes together, permanently fixed down never to be moved again. Then we do the inside, carpet, plaster the ceiling above, connect electrics, plumbing and it’s ready. All in under three weeks,” Mr Benn explained.

Speaking at the launch this Friday, Limerick City and County Council chief executive Conn Murray said: “The purpose for today is to bring down members of the council so they can see the speed of the construction for the houses so that we can make a plan for that.”