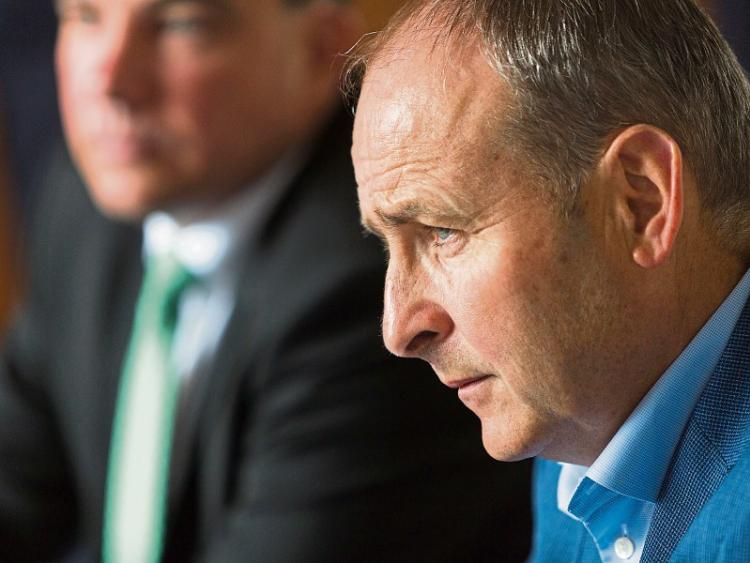 Mr Martin, who was in Limerick this week campaigning with Mayor James Collins, who will run on the party’s ticket in the City alongside Willie O’Dea, said the national constituency committee is still “assessing” the situation.​

Galbally councillor Eddie Ryan has already said he will put his name forward for selection alongside sitting TD Niall Collins..

But he may face competition elsewhere from within his party.

Mr Martin said: “There is a constituency committee which decides these things. They take soundings in the constituency, they talk to people, and try to assess the best strategy. They will have the selection convention when they are ready, and in consultation with the local organisation.”

Meanwhile, the Cork TD praised the new mayor, saying he will have “a significant impact on the national stage” if elected.

Referring to current Fianna Fail TDs Mr O’Dea and Mr Collins, as well as the mayor, Mr Martin said: “I have been asked of the three candidates, which would be Minister. Suffice to say there is a very high calibre coming out of Limerick.  Obviously in the event of us doing well in the next election, I will have a very difficult problem. But a welcome one!”

He acknowledged the upcoming election – whenever it may fall – will be more challenging for Fianna Fail than the 2016 one, due to the fact they were rising from such a low level then.

Asked if he regrets running just a sole candidate in that election when its candidates romped home with thousands of votes to spare, Mr Martin said “lessons were learned”.

“Hindsight is always a great virtue, and certainly we performed a lot better than we would have anticipated in 2016. In some constituencies, we would have preferred to run two candidates. You learn lessons from that. We made assessments on it, based on 2011 numbers, and we figured we would still need more progress to gain an extra seat in Limerick.”

He said: “We need to trust local authorities to deliver homes. That has risks, I acknowledge. But we need to get building.

“People seem to be carrying on with policies as if there is no crisis. But there is a real crisis out there at all levels, and its affecting people socially how they live, their quality of life. A lot of young people going into a job these days, 40% of their income can go on rent. If we accept it’s a crisis, we need to take policy initiatives.”

One of these, the opposition leader said is to look at state-owned land to develop housing which is affordable for people.

Mayor Collins said: “It’s something we are trying to do in Mungret. We’re master planning that, and a portion of it will be affordable.”

On the cost issue, the new mayor added to the Limerick Leader:  “What we find is the people who are renting cannot buy, as they are chasing the market all the time, house prices are going up, and they can’t actually raise a large enough deposit to even qualify for these schemes. You are caught in a vicious loop with the prices rising and rents also rising.”