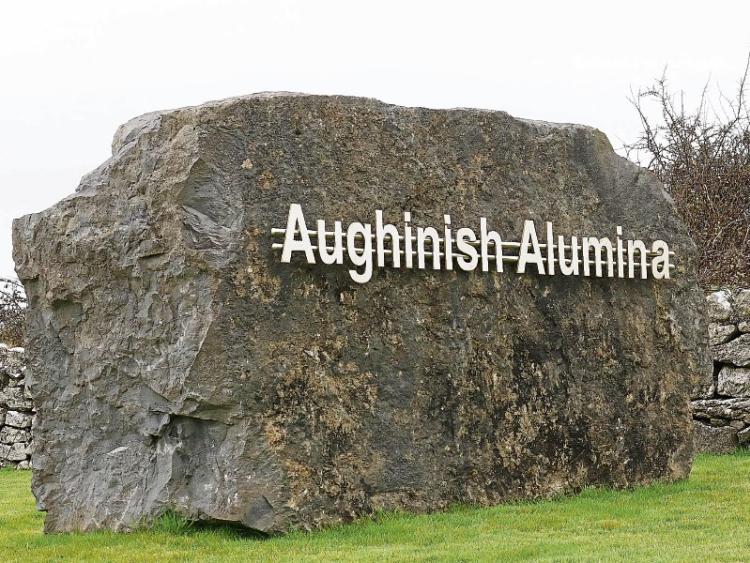 Aughinish Alumina: a controversial proposal to blast rock near the plant is being reviewed by An Bord Pleanala after the council’s permission was appealed

AN BORD Pleanala has refused a request for an oral hearing into the proposal to develop a borrow pit at Aughinish Alumina.

The request for a hearing was lodged by a local protester, Pat Geoghegan, who hoped to get one similar to the hearing that took place last year for an Irish Cement proposal.

Former mayor of Limerick and chairman of Rescue the River Shannon Group, Jim Long, has also said in the past that his group would be looking for a public hearing.

Under the banner of the Cappagh Farmers Support Group, Mr Geoghegan - who has long campaigned against Aughinish Alumina - lodged an appeal with An Bord Pleanala after planning permission was granted by Limerick City and County Council early this year.

The board said that it will make a decision on the appealed rock-blasting plans by August 27 of this year.

“The board has concluded that the appeal can be dealt with adequately through written procedures,” said correspondence from An Bord Pleanala.

The proposal by Aughinish involves blasting and extracting rock adjacent to the bauxite residue disposal area, or the ‘red mud ponds’, for use in the plant operations.

Mr Geoghegan and other objectors, 1,000 of whom signed a petition last year, fear that such disturbance to the ground near the red mud on site could increase the chances of a ‘toxic’ spill.

The farmer said that the group is “disappointed at the An Bord Pleanala decision to refuse our request for an oral hearing into what we call a reckless application by Aughinish”.

He added that the plant wished “to seek approval to set off explosives next to millions of tonnes of the red toxic waste ponds which could have huge implications for the Shannon Estuary if the embankment is breached”.

The refusal for an oral hearing was described as “denying our group and experts who had agreed to give evidence” on the perceived “dangers” of blasting rock close to the bauxite residue storage area.

“It has denied locals who live in the vicinity of these ponds to voice their anger on the basis of not being told the full facts about the proposal in the consultation process,” he continued.

He also made claims that local people are “still being denied the truth of the dangers of the contents within the red mud to their health, and how it has affected the value of their property, not to mention the huge mound of red toxic mud getting higher and higher every day before their eyes.”

Aughinish Alumina’s parent company Rusal has recently been the subject of much scrutiny, after the United States imposed harsh sanctions on its owner, Oleg Deripaska.

The outcome of the sanctions saga will be finalised in October, by which time it’s expected that the ownership will change to avoid the US Treasury’s punitive measures.